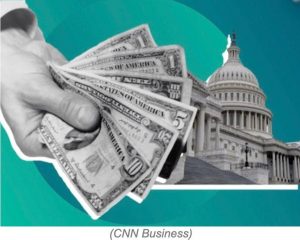 What is the National Debt?
The national debt is the total amount of outstanding borrowings by the US Federal government, accumulated over our history -- by both Republican and Democratic administrations.

Every year, Congress passes a budget that includes government spending on defense, infrastructure, programs such as Social Security and Medicare, and salaries for federal workers.

Congress also taxes people to pay for all that spending. But for years, the government has been spending more than it takes in from taxes and other revenue, increasing the federal deficit.

When its ongoing operations cannot be funded by Federal revenues alone, the government needs to borrow money to pay its bills. When this happens, the US Treasury Department creates and sells securities. These securities are the debt owed by the Federal government.

There are many types of Treasury debt, including bills, notes, and bonds. The various types of debt differ primarily in when they mature -- ranging from a few days to 30 years -- and in how much interest they accrue. 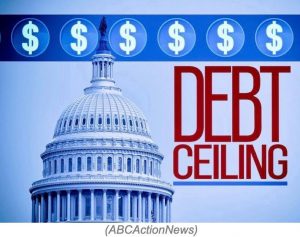 The debt ceiling was created more than a century ago, originally designed to make it easier for Congress to borrow funds to operate the federal government.

It has consistently increased, except in the period immediately following World War II and between 1998 and 2001 when debt declined due to federal budget surpluses.

Congress has approved, on a bipartisan basis, 102 separate debt limit modifications between the end of World War II and the present to accommodate the changes in federal debt levels. 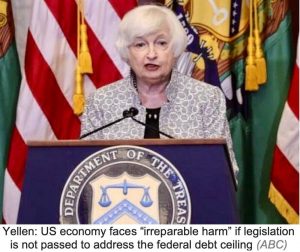 She is also suspending the reinvestment of a government securities fund of the Federal Employees Retirement System Thrift Savings Plan, invested in special-issue Treasury securities which count against the debt limit.

Yellen’s actions would reduce the amount of outstanding debt subject to the limit and temporarily provide the agency with additional capacity to continue financing government operations. No retirees will be affected, and the funds will be made whole once the impasse ends.

Repercussions
The temporary fix in dealing with the country's debt, however, is just that. Should Congress fail to come to an agreement by June, America would default for the first time in history.

Because the US Treasury is the global benchmark safe asset, undermining confidence in the dollar as a reserve currency would have a domino effect on the economy. The interest payments of ordinary Americans on their mortgages, cars and credit cards would go up in line with higher treasury borrowing costs.

Failure to increase the debt ceiling, Yellen has said, “would be disastrous for the American economy, for global financial markets, and for millions of families and workers whose financial security would be jeopardized by delayed payments...it would be a self-inflicted wound of enormous proportions." 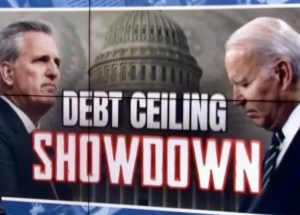 While historically a bipartisan process, a decision on the debt ceiling faces significant challenges in a new Congress that began on bitter battleground terms -- both between the parties and within the GOP itself.

Republicans, who now control the US House, have adopted new rules that mandate massive spending cuts before they agree to raise the debt ceiling. Senate Republicans have also demanded that increases to the debt limit be tied to “structural spending reform.”

For his part, President Biden has called for a "clean" increase to the debt limit without negotiations tied to spending cuts, with the White House saying it is the “constitutional responsibility” of Congress to pay its bills.

The debt limit was increased in bipartisan votes three times when Donald Trump was president, including twice when Republicans had majorities in the House and Senate.