Speaker of the US House of Representatives Paul Ryan announced yesterday that he will be retiring at the
end of this term, making him the latest battle-weary lawmaker departing the halls of Congress in the era
of Trump. 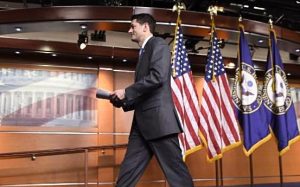 Ryan's declaration Wednesday followed that of Congressman Dennis Ross' (R-FLA) retirement, bringing to 60, the number of Members who have announced their resignations, retirements, or plans to vacate office to run for another office.

That is 14% of the House's full-voting membership.

Between the Trump backlash, the sexual misconduct scandals, and the gridlock in and between the White House and Congress, Members are exiting in record numbers.

But the exit of Ryan, a policy-driven leader, exceptional fundraiser, and stable presence amidst the Trump turmoil, is a particular blow to a GOP that is struggling to hold onto its majorities in the US House and Senate.

The ten-term Wisconsin Congressman, who was the GOP's 2012 Vice Presidential nominee, attributes his departure to dedicating time with family, which includes his three young children.

Ryan was also looking at a competitive general election and, should the House fall to the Democrats, loss of his leadership position. Ryan's retirement also means a leadership race for his successor as Speaker going into an already contentious midterm election.

The Count
All 435 Members of the US House of Representatives are up in 2018, and with just two-year terms, House incumbents are much more vulnerable to the political environment.

Of the 60 departing House Members, 41 are Republicans, the largest GOP exodos since 1930, and 19 Democrats. This includes four upcoming special elections for current vacancies, and a fifth open seat, due to the recent death of Congresswoman Louise Slaughter (NY-25), has yet to be scheduled. 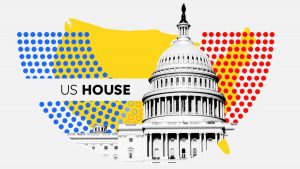 Democrats already have the historic advantage given the party outside the White House in mid-term elections.

In the current environment, they could pick up as many as 40 seats.

November 6, 2020 While the country awaits the outcome of the presidential, possibly in the next 24 hours, the balance of power in the U.S. will not be determined for another two months. Status of...

October 24, 2018 Now less than two weeks out from the midterms, expectation of a blue wave are undiminished, but at least ten Democratic seats are still in play. The latest Rasmussen Report, out...