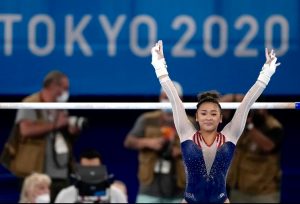 We are now halfway through the 2021 Summer Olympics and the USA is leading the competition with 41 medals, with China just one behind and the Russia Organizing Committee following with 34.

A year and a half into a worldwide pandemic that postponed the games themselves for one year, the international competition has provided much-needed inspiration and a reinvigorated connection to our national pride.

11,000 athletes representing over 200 nations are competing in 33 different sports and 338 medal events. 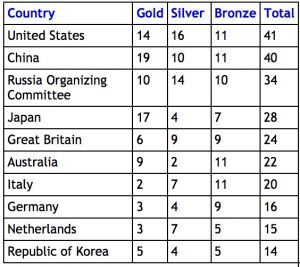 The United States is in a tight medal race with international economic rival China, leading them in the total medal count by just 41-40, while China leads in gold medals 19-14.

On Thursday, American gymnast Suni Lee took one of the game's top prizes, winning the woman's all-around competition. Suni delivered in the absence of team leader Simone Biles, who stepped aside from the competition due to stress-related illness.

Both the US men's and women's swimming teams, which have ruled Olympic swimming for years, have delivered again with 24 medals to date. Those include golds for Chase Kalisz, Caeleb Dressel, Bobby Kinke, Zach Apple, Katie Ledecky and Lydia Jacoby. 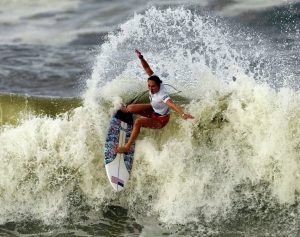 Jessica Parratto and Delaney Schnell won the United States' first-ever medal in women's synchronized diving, and Team USA scored in three of the newest Olympic events with the gold in 3x3 basketball and surfing, and the bronze in skateboarding.

Lee Kiefe captured the top prize in fencing, as did Nastasija Zolotic in women's Taekwondo, and US men and women swept shooting with three golds.

The coronavirus has dominated the politics of the games as the Japanese capital announced a record 3,865 daily infections on Thursday, an increase of nearly 700 cases over the previous day. In Japan, where only 32% of residents are fully vaccinated, 78% of Japanese citizens surveyed opposed holding the games due to the health risks. 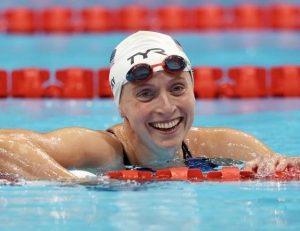 Katie Ledecky, already the most decorated female swimmer of all time, has won 3 medals so far (CBS)

As of yesterday, the total number of Olympic-related officials who have contracted COVID reached 193 people, including 20 athletes. 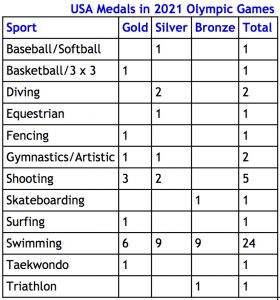 Tonight are the men's and women's swimming finals and Sunday kicks off the gymnastic individual finals.

January 18, 2019  This weekend, on the second anniversary of the 2017 Women’s March on Washington, women, men and families will march again on our nation’s capital and in cities across...