This is a busy week for advancing the confirmation of President Biden's Cabinet, with the approval of two members and hearings for four nominees.

With the confirmations Tuesday of Tom Vilsack as Secretary of Agriculture, and Linda Thomas-Greenfield as Ambassador to the United Nations, the count stands at 11 Cabinet or Cabinet-level nominees who have been confirmed or assumed office, and 14 who await confirmation at various stages of the process. 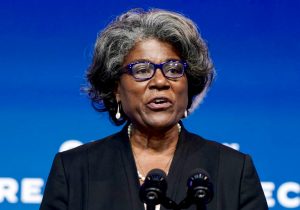 UN President on Thomas-Greenfield: She is "exactly the right person for this job at this time." (PBS)

Vilsack, who was confirmed by a vote of 92-7, drew the first defection from the Democratic caucus, with Senator Bernie Sanders (I-VT) voting against the nomination saying, "I think we need somebody a little bit more vigorous in terms of protecting family farms and taking on corporate agriculture."

Although Thomas-Greenfield attracted some opposition from Senate Republicans concerned that she would not be aggressive enough in confronting China, she was confirmed 78-20.

The Return of Merrick Garland
Attorney General nominee Merrick Garland delivered compelling testimony before the Senate Judiciary Committee Monday and Tuesday, earning praise from both sides of the aisle.

Garland pledged to restore honor and independence to a Justice Department that was heavily politicized under Trump, and to reinvigorate the department's civil rights division to counter the "institutional racism" that exists in our country. 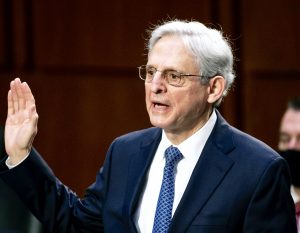 Garland: " I am not the President's lawyer. I am the United States' lawyer" (Bill Clark/AP)

Garland also vowed, as the nation's chief law enforcement officer, to make the investigation into the January 6th deadly insurrection on the US Capitol his "first priority," calling it the "most heinous attack on democratic processes I've ever seen."

It was a long-awaited day in the sun for Garland, a US Court of Appeals Judge for the DC Circuit, whose 2016 nomination for the US Supreme Court by President Barack Obama was famously blocked by the Republican Senate Majority.

Among the highlights of Garland's two-day testimony was his emotional recounting of his family's flight to America to escape anti-Semitism and persecution in Eastern Europe. "The country took us in - and protected us. I feel an obligation to the country to pay back. This is the highest, best use of my own set of skills to pay back." A full Senate vote on Garland is expected sometime next week. 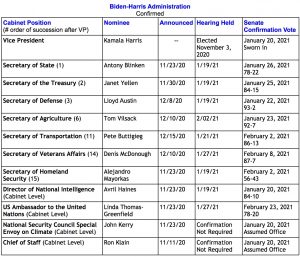 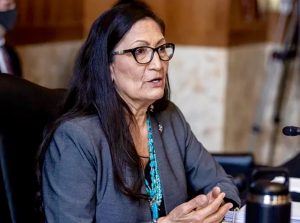 Haaland pledged to find "balance" on the issues (Washington Examiner)

On Deck
On Tuesday and Wednesday, Debra Haaland, the President's nominee for Secretary of the Interior, testified before the Senate Committee on Energy & Natural Resources.

Haaland, who would be the first Native American Cabinet Secretary, drew fire for her previous statements in opposition to fracking and drilling on public lands.

The Congresswoman from New Mexico clarified that her positions as a legislator would not translate to her role in the executive branch, saying, "If I am confirmed as secretary, I would be serving at the pleasure of the President and it would be his agenda that I would move forward."

Hearings were also held this week before the Senate Committee on Health, Education, Labor & Pensions and the Senate Finance Committee for Xavier Becerra, Biden's nominee for Health and Human Services Secretary. 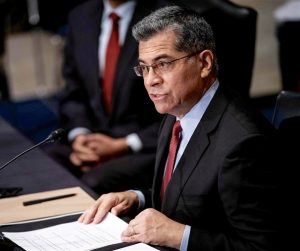 Despite attacks, Becerra is expected to be confirmed (Sarah Silbiger/AFP)

If confirmed, the former Congressman and California Attorney General will be tasked with overseeing the administration's policy on the coronavirus pandemic and for stewarding Biden's mission of providing health care to more Americans.

Becerra was met with opposition from GOP Senators who attempted to paint him as a liberal extremist who lacks healthcare experience, attacking his support of "Medicare for All" and his positions on abortion and birth control under the Affordable Care Act.

Becerra pledged to "restore faith in public health institutions" and to "look to find common cause" with his critics. 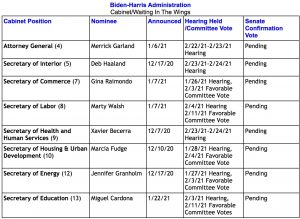 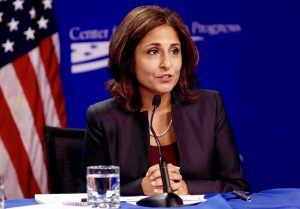 The White House "is continuing to fight for" Tanden

Next Up
February 25th @10:00am: Confirmation hearing for Katherine Tai, nominee for US trade representative, before the Senate Finance Committee.

Today's votes by two Senate Committees on the nomination of Neera Tanden as Director of the Office of Management and Budget have been delayed "because members need more time to consider the nominee." Tanden, the former CEO of liberal think tank Center for American Progress, has met with heated criticism over her past public tweets attacking Senators on votes. 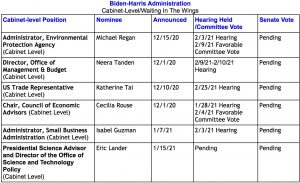 June 29, 2017 It was not about any of the pressing issues facing our nation – the war in Syria, the Health Care bill, Immigration, North Korea or, of course, the Russia collusion...

August 1, 2017 Sunday was the 52nd anniversary of Medicare and Medicaid, the two government-run, social insurance programs that provide health care to the most vulnerable of our citizens –...