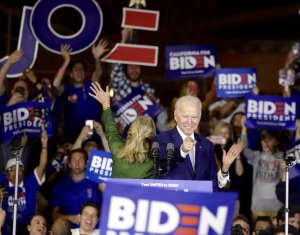 In a stunning turn of events yesterday, Joe Biden won ten states to Bernie Sanders three in the Super Tuesday primaries, historically reshaping the 2020 race for the White House.

Although Sanders was leading in most Super Tuesday states going into the mega contest, the departure of Steyers, Buttigieg and Klobuchar from the race after Biden's blowout in South Carolina changed the trajectory.

Buttigieg and Klobuchar, as well as former rival Beto O'Rourke, immediately endorsed Biden, sending a powerful message to the public that to beat Trump, Democrats need to coalesce around one candidate.

Today, billionaire and former New York City Mayor Michael Bloomberg dropped out of the race, endorsing Biden. Bloomberg's endorsement is expected to come with millions of dollars in resources, both for Biden and for other Democrats in House and Senate races. 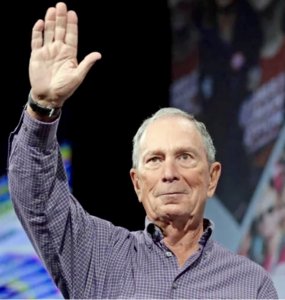 Bloomberg: We must unite "behind the candidate with the best shot to do it. After yesterday's vote, it is clear that candidate is my friend and a great American, Joe Biden"

With Bloomberg out of the race, and Elizabeth Warren's poor showing in yesterday's contests, the race is essentially narrowed to a two-person contest between Sanders and Biden.

Rolling Out the Results
While voters went to the polls in 16 contests yesterday, the absentee ballots, official results and delegate allegation may take days to finalize, if not longer.

In California, a new electronic check in system and voting machine glitches caused lengthy lines for determined voters who waited up to five hours to vote. As the tally of votes continued through today, Sanders was ahead in more than 50 counties.

There were 1,357 delegates at stake in Tuesday's primary contests, accounting for approximately 34% of the 3979 pledged delegates who will be voting on the Democratic nomination in Milwaukee in July. 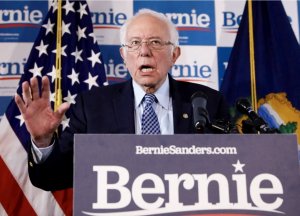 Sanders: "Joe has his vision for the future. I have mine and I look forward to a serious debate on the issues facing this country" (Caitlin Ochs/Reuters)

Hillary Clinton and Bernie Sanders will square off in their sixth Democratic presidential debate tonight in the battleground state of Wisconsin. Following Clinton’s 49.9%-49.6% Iowa...