Now over six months since the January 6, 2021 Insurrection at the US Capitol, House Democrats and Republicans have chosen members of the United States House Select Committee on the January 6 Attack, formally launching Congress' effort to investigate the "dark moment" in our nation's history. 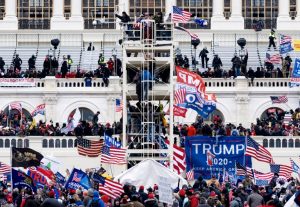 The Attack and Facts
On January 6, 2021, the newly sworn-in members of the 117th Congress prepared to meet in a joint session of Congress to certify the results of the Electoral College vote electing Joe Biden as our 46th President.

At the same time, the outgoing President of the United States, Donald Trump, was speaking at a "Stop the Steal" rally at The Ellipse, near the White House. In a 70-minute televised diatribe that started at 11:58am, Trump said, "You don't concede when there's theft involved. Our country has had enough. We will not take it anymore...We will never concede." 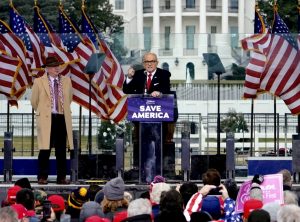 Trump closed his speech by encouraging the dangerous mob of thousands to "go down to the Capitol" and "give our Republicans the kind of pride and boldness that they need to take back our country."

At just after 2:00pm, the rioters violently breached the US Capitol in the most serious attack since 1814.

On January 13, 2021, one week later and just seven days before the end of Donald Trump's presidential term, the United States House of Representatives impeached Trump for "Incitement of Insurrection." 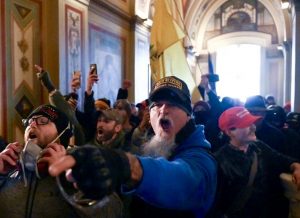 The Rioters
* The overwhelming majority were white males over the age of 35, who came from at least 45 states outside of Washington, D.C., including from Texas (42), Pennsylvania (36), New York (36) and Florida (34).
* 17% were tied to extremist or fringe movements, including the Proud Boys, Oath Keepers, Three Percenters, Patriot Front, and the Texas Freedom Force.
* At least 15% had ties to the military or law enforcement.

The Casualties
* Assaulted: 200+. Injured: 138 law enforcement officers, including 15 which were hospitalized.
* Dead: Seven, including four Trump supporters and one Capitol Hill police officer. Two other officers, distraught by the events, took their own lives within weeks of the attack. 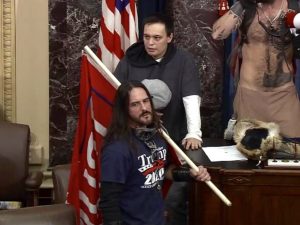 Accountability
FBI Director Christopher Wray characterized the incident as "domestic terrorism." The ensuing investigation by law enforcement into the Capitol attack is unprecedented in scale and the most complex ever prosecuted by the Department of Justice.

The Guilty
Arrested: 500+ people have been arrested and charged with federal crimes, including, at least: 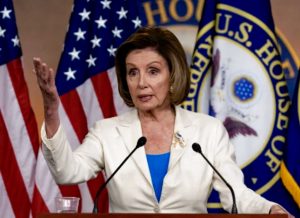 Congress
On May 19, 2021, the US House of Representatives voted 252-175 to pass the National Commission to Investigate the January 6 Attack on the United States Capitol Complex Act to create a bipartisan independent commission to investigate the attack upon the United States Capitol Complex. Passage in the US Senate, however, was blocked by Senate Republicans using the filibuster.

While GOP leaders claim a committee would duplicate existing investigative efforts, Democrats say Republicans fear exposure of the even greater role Trump and allies played leading up to the attack, including that of members of Congress. Among those who may be called under the committee's subpoena power is House Minority Leader Kevin McCarthy regarding his conversation with Trump as the riot was unfolding.

As a "second choice," House Speaker Nancy Pelosi (D-CA) announced the appointment of the Select Committee on the January 6 Attack. On June 30, 2021, the measure, which required only a majority vote, passed 222 to 190, with all Democratic members and two Republican members, Adam Kinzinger and Liz Cheney, voting in favor. Sixteen Republican members did not vote on the measure.

Her eighth appointment was Congresswoman Liz Cheney (WY), who was one of 10 Republicans who voted to impeach Trump in January.

Although Republicans had pushed to wrap up the committee's investigation ahead of the 2022 midterm campaign, the end date for the panel's report is December 31, 2021.

September 14, 2018 This week wrapped up the last of the state primaries, launching the official stretch to the November 6th general election — now just 52 days away. New Hampshire Seats...

June 2, 2022 Next Tuesday, June 7, California will hold its primary elections, along with six other states: Iowa, Mississippi, Montana, New Jersey, New Mexico, and South Dakota. As the...