The third quarter fundraising totals for some of the 2020 presidential contenders have been released, with the top performers touting their viability via the numbers.

The numbers cover from July 1st through September 30th. Candidates have a deadline of October 15th to file their totals with the Federal Election Commission. 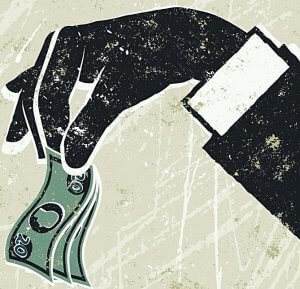 The Numbers
Senator Bernie Sanders topped the field, with a haul of $25.3 million, closely followed by Senator Elizabeth Warren at $24.6 million.

Together, they raised almost as much as the next four combined, and exceeded their previous quarter performances.

Half the field has yet to release their numbers, inluding Tom Steyer, Beto O'Rourke Amy Klobuchar and Julian Castro.

Why It Matters
Fundraising performance is traditionally viewed as an indicator of the strength of a campaign and a candidate's ability to improve on past reporting figures a sign of momentum for their candidacy.

These figures not only separate them from the rest of the field, but are an indicator of the resources on-hand to further fuel their ability to fundraise and expand their operation on the ground, online and on air.

However, while money may indicate a depth of dedicatedsupport, it doesn't necessarily mean breadth.

Similarly, fundraising champ Sanders now lags an average of 12% points behind Biden and Warren in national polls, and Buttigieg 20% points behind.

The numbers generally reflect the same divide between the top two and the rest of the field in Iowa polls. However, the order shakes up for the next tier in other early-state polling -- providing hope for some to elevate their standing in the remaining four months until the start of the presidential primary calendar.

The Larger Picture
President Trump's campaign and the Republican National Committee raised $125 million in the third quarter, for a total of $308 million raised in 2019 to support the president's reelection. The figure marks a new presidential fundraising record.

August 1, 2018 Voters in next week’s August 7th Missouri primary election will be voting on a ballot initiative to overturn the state’s pending right-to-work law, which has major...

July 21, 2021 The Olympic Games, the world’s foremost sports competition, begin Friday in Tokyo, Japan under the cloud of a worldwide pandemic that has already delayed the event by a year...