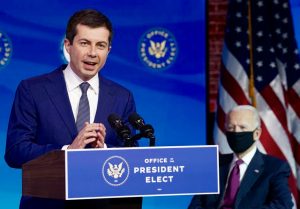 Buttigieg will be the first openly LGBTQ+ Cabinet member (CNN)

In the musical chairs of nominees, which has centered more on the players than the position, the names are still shifting daily.

Buttigieg, a veteran who waged an impressive presidential primary campaign and was thought to be among the leading choices for Veterans Affairs, is now slated to head up Transportation.

One week ago Granholm was not in the top five on any list, but the dynamic former Michigan Governor, credited with steering her state through a recession and working with the Obama administration on an auto industry bailout, will now lead Energy. 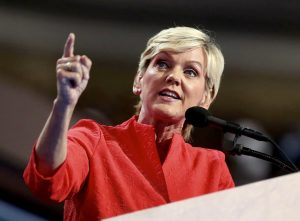 Among the top 15 cabinet position, Attorney General and the Secretaries of the Interior, Commerce, Labor and Education are still unnamed. 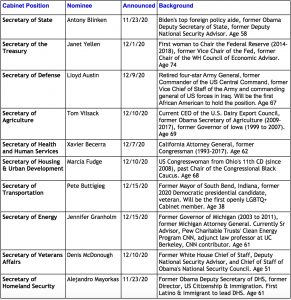 Biden, who promised that his Cabinet will be the most racially diverse in history, has so far chosen eight women and ten men for Cabinet or Cabinet-level posts, including nine people of color. If all are confirmed, it would break the record for the most women ever to serve in a Cabinet. 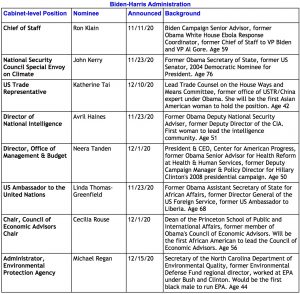 Other senior posts that may be elevated to Cabinet-level include Jake Sullivan as National Security Advisor, Susan Rice as Director of the White House Domestic Policy Council and Dr. Vivek Murthy as Surgeon General. 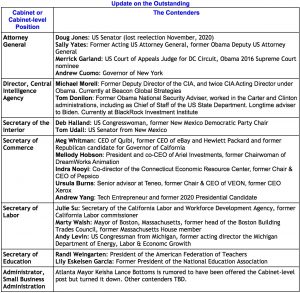 November 16, 2021 President Biden signed into law the much awaited Bipartisan Infrastructure Bill yesterday, delivering on a key part of his economic agenda. Although significantly smaller than...