New Cabinet members continue to roll out as Americans look to the leadership of those who will help President-Elect Joseph Biden rebuild our country. 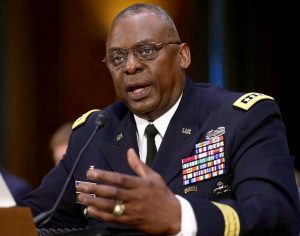 This morning the Biden-Harris Transition committee announced additions to the president's domestic team, including former Secretary and Governor Tom Vilsack as Secretary of Agriculture (USDA) and Congresswoman Marcia Fudge as Secretary of Housing and Urban Development (HUD).

With now eight of the top 15 Cabinet posts filled, Biden is well on his way to a full slate of nominees by his inauguration, just 40 days away. 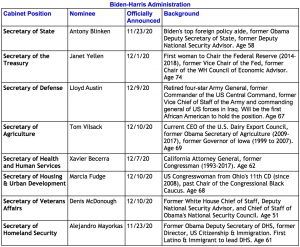 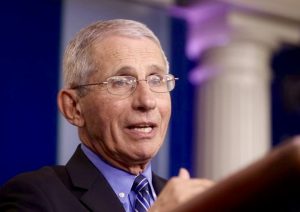 The much-beloved Anthony Fauci will stay on

On Monday, December 7th, Biden announced key members of his health team, who "will be ready on day one to contain the COVID pandemic." In addition to Becerra as HHS Secretary, Dr. Vivek Murthy will return to his former role as Surgeon General, and Dr. Rochelle Walensky will serve as Director of the Centers for Disease Control and Prevention.

Dr. Anthony Fauci will stay on as Director of the National Institute of Allergy and Infectious Diseases, Jeff Zients will be the president's COVID-19 Coordinator, Dr. Marcella Nunez-Smith will lead the COVID-19 Equity Task Force, and Natalie Quillian will serve as Deputy Coordinator of the COVID-19 response. 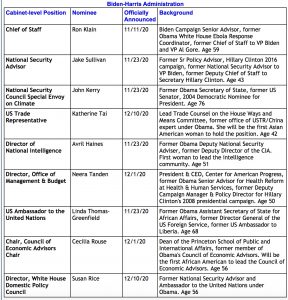 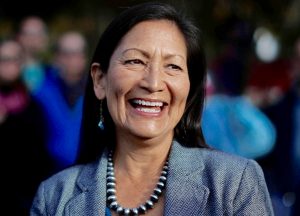 The list of contenders for the remaining cabinet positions shifts and changes daily with the lobbying efforts on behalf of, or in opposition to, potential nominees.

The nomination of Congresswoman Deb Haaland (NM) as Secretary of the Interior has become a cause celeb for Hollywood, which has rallied behind Haaland becoming the first Native American woman to serve in a cabinet position.

A letter of endorsement was sent today to Biden and Harris, including the names of tribal leaders, scientists, professors and an A-list of actresses and activists. Among the stars who signed were Cher, Rosario Dawson, America Ferrera, Jane Fonda, Chelsea Handler, Alyssa Milano, Julianne Moore, Mandy Moore, Zoe Saldana, Amy Schumer and Kerry Washington. 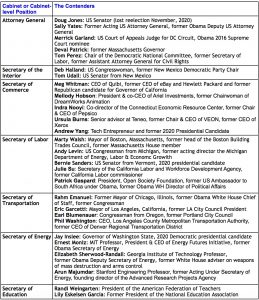 July 16, 2019 The second quarter numbers for the 2020 presidential contenders have been released, further expanding the divide between the first tier of five candidates and the remainder of the...