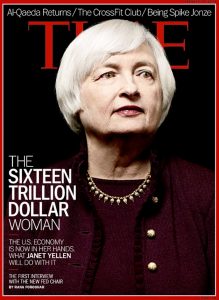 Yellen was the first woman to head the Fed. Biden: "One of the most forward economic thinkers of our time"

True to his word that his administration will "look like America," President-elect Joseph Biden's latest Cabinet nominees and senior staff announcements add to an already historically diverse team with a broad and deep bench of experience.

Today, Biden officially introduced his top economic team, responsible for shaping the new administration's economic agenda and "building back" a national economy devastated by the impact of the coronavirus pandemic.

"A first rate team," Biden proclaimed, "that is tested and experienced that includes ground-breaking Americans who come from different backgrounds but who share my core vision for economic relief."

"We're going to create a recovery for everybody, for all. We're going to get this economy moving again," he said. "Our message to everybody struggling right now is help is on the way." 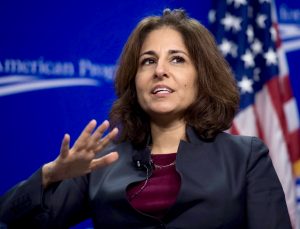 Office of Management and Budget Director: Neera Tanden
Tanden, who is the daughter of immigrants from India, will be the first woman of color to lead the Office of Management and Budget (OMB). She has served as President and CEO of liberal think tank Center for American Progress since 2011, was former Obama Senior Advisor for Health Reform at Health & Human Services, and was Deputy Campaign Manager and Policy Director for Hillary Clinton's 2008 presidential campaign. Tanden is a Yale Law grad and is 50.

Deputy Treasury Secretary: Adewale "Wally" Adeyemo
Adeyemo, who was born in Nigeria, most recently served as the first president of the Obama Foundation, and was Deputy National Security Advisor for International Economics and Deputy Director of the National Economic Council. He served as the first chief of staff of the Consumer Financial Protection Bureau under Elizabeth Warren, has a law degree from Yale and is 38 years old. 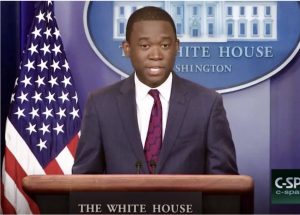 A Senior Fellow at the Center on Budget and Policy Priorities, Bernstein served as Chief Economist and Economic Adviser to Vice President Joseph Biden in the Obama Administration. He has Masters Degrees in Social Work and Philosophy and a PhD in Social Welfare from Columbia University. Jewish descent and is 64.

Council of Economic Advisers Member: Heather Boushey
President & CEO of the Washington Center for Equitable Growth, Boushey is a long-time economic adviser to Biden, and author of numerous reports and expert commentaries on issues affecting working families. She has served as an economist for the Center for American Progress, the United States Congress Joint Economic Committee, the Center for Economic and Policy Research and the Economic Policy Institute. Age 49. 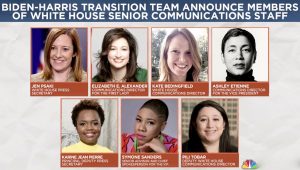 Karine Jean-Pierre, a senior adviser on the Biden campaign and chief of staff to Harris, will serve as principal Deputy Press Secretary, and senior Biden advisor Symone Sanders was named Chief Spokesperson and a Senior Advisor for Vice President-elect Harris.

Sidenote: As of this writing, President Donald Trump has yet to concede the election. Go to it girls.

On this #GivingTuesday, please say Thank You to DemList with a Contribution Here Today!