President Biden came three steps closer to filling his Cabinet Wednesday with the confirmations of Merrick Garland as US Attorney General, and Marcia Fudge as HUD Secretary, and Michael Regan as EPA Administrator.

The Biden Cabinet count now stands at 18 Cabinet or Cabinet-level nominees who have been confirmed or assumed office. Seven more await confirmation at various stages of the process. 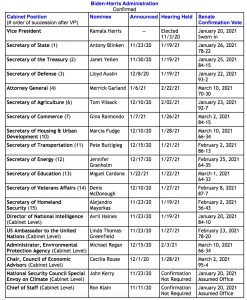 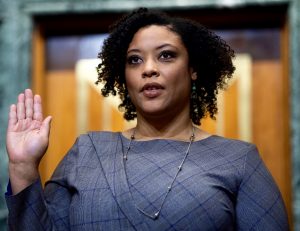 Neera Tanden's nomination for Director of the Office of Management and Budget was withdrawn on March 2, 2021. The former CEO of progressive think tank Center for American Progress, who would have been the first woman of color and first South Asian American to become OMB Director, stepped back after it was clear that GOP criticism of her "partisan" nature would prevent confirmation.

The top contender for Tanden's replacement appears to be Shalanda Young, Biden's nominee for Deputy OMB Director, who is expected to be confirmed for that post in the next week. 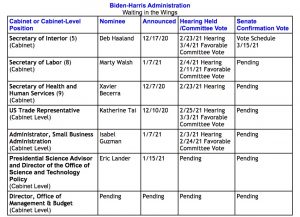