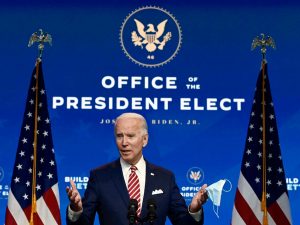 President-Elect Joseph Biden has formally announced the first of his Cabinet nominees, with the rest of the top 15 positions expected in the next two weeks.

While the confirmation hearings before the new US Senate will not begin until after their swearing-in January 3, 2021, the new administration is anxious to put the team in place, particularly after the delays imposed by outgoing President Donald Trump, who has yet to concede the election.

The list of nominees for the Cabinet and Cabinet-level will change multiple times before our post-Thanksgiving update, but here is our first shot at the contenders! 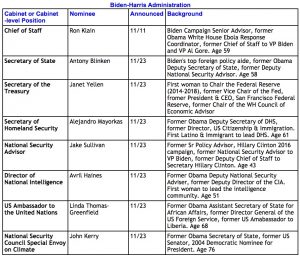 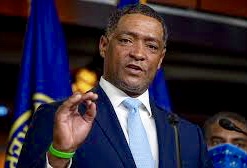 Cedric Richmond: Leaving the US House for the White House

The Inner Circle: In addition to Ron Klain as Chief of Staff, other senior White House advisors include Biden Campaign Manager Jen O'Malley Dillon as Deputy Chief of Staff, and Congressman Cedric Richmond (LA), who was co-chair of Biden's presidential campaign, as Senior Adviser to the President and Director of the White House Office of Public Engagement. 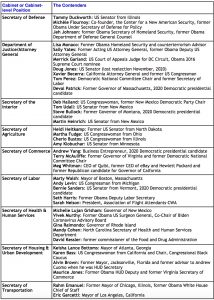 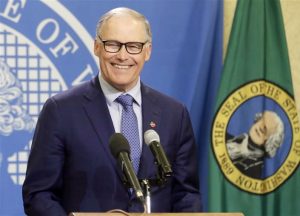 Julissa Reynoso Pantaleon will serve as Chief of Staff to Jill Biden and Anthony Bernal as the First Lady's Senior Advisor. 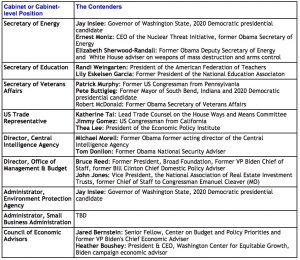 Sidenote: Last night the General Services Administration (GSA) finally "ascertained" that Joe Biden is the apparent winner of the presidential election, at last releasing the hold on critical transition funds and resources.

Despite the action, White House Chief of Staff Mark Meadows issued an internal memo that "Unless specifically authorized, EOP personnel are not permitted to speak directly with a member of the Biden transition team or the Federal Transition Coordinator."

DemList will keep you informed. Have a safe and Happy Thanksgiving holiday!

November 21, 2018   “The rule barring asylum for immigrants who enter the country outside a port of entry irreconcilably conflicts with the Immigration and Nationality Act and the...