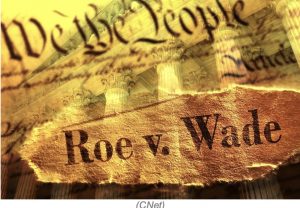 Abortion is on the ballot in November, with the impact of the US Supreme Court's June decision to overturn Roe v. Wade felt in every federal, state and local election nationwide.

The Court's stunning reversal of a woman's right to choose abortion, which has been the constitutional rule of law for almost 50 years, turned the authority to implement abortion laws over to individual states.

The ruling sparked national outrage and a wave of restrictive laws across the country, as well as legal challenges and initiatives that could decide who controls the next Congress.

State Status
Illegal: Laws that ban abortion or severely restrict the procedure have gone into effect in over a dozen states, including those that had automatic "trigger laws" which rendered abortion illegal upon SCOTUS' decision.

Georgia now bans abortion at about six weeks of pregnancy after a court allowed a 2019 law to go into effect.

In Wisconsin, physicians have been operating under a near-total abortion ban while state courts determine the legality of an 1849 criminal abortion law which bans abortion after 22 weeks, except in cases where the mother's life is threatened.

Democrat Governor Tony Evers and Wisconsin Attorney General Josh Kaul (D) have sued Republican legislative leaders over its enforcement. Evers has also twice called special sessions to take up a constitutional amendment to enable a state referendum and repeal, but both were convened and quickly adjourned without a vote by the GOP-controlled legislature.

Abortion is legal with some limitations, such as gestational limits, viability or prohibitions against state funding, in Colorado, Delaware, Kansas, Nebraska, Nevada, New Hampshire, Pennsylvania, Rhode Island, Virginia and DC. 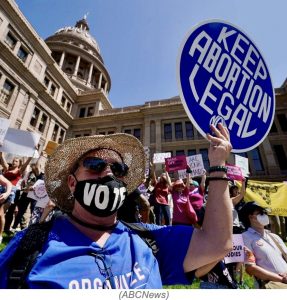 A number of governors have also issued executive orders to shield those seeking or providing abortions from laws in other states.

Legal Battlegrounds
In eight states the fight over abortion access is still taking place in courtrooms, where advocates have sued to prevent enforcement of restrictive laws.

Bans have been temporarily blocked in Indiana, Michigan, Montana, North Dakota, Ohio, South Carolina, Utah and Wyoming. In Arizona, a state court temporarily halted enforcement of an 1864 law that banned abortion with no exceptions for rape or incest, but a separate ban on abortion after 15 weeks of pregnancy is in effect.

Ballot Initiatives
On August 2nd Kansas voters changed the midterm playing field by overwhelmingly rejecting a state constitutional amendment to ban abortion. The referendum, the first to go before voters since the Supreme Court's decision, would have overturned a 2019 ruling by the Kansas Supreme Court that a pregnant woman’s right to personal autonomy was protected in its Constitution.

The 'no' vote garnered an amazing 58.9% and galvanized a record 900,000 Kansans to show up at the polls. It was an astounding victory for Democrats and abortion rights advocates in one of the country's more conservative states, which Donald Trump won by 15% in 2020. 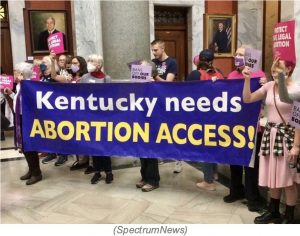 While still legal, state funds cannot be used to cover the cost of most abortions, and the state has enacted multiple restrictions that limit access to the procedure.

In a similar initiative, voters in Kentucky, where abortion is banned with no exceptions for rape or incest, will be asked to enshrine the ban in their constitution. Constitutional Amendment 2 declares: "To protect human life, nothing in this Constitution shall be construed to secure or protect a right to abortion or require the funding of abortion."

In Montana, where the state constitution currently protects a right to an abortion up to fetal "viability", which is between 24 and 26 weeks, the courts have repeatedly struck down anti-abortion laws passed by the Republican Legislature. Alternatively, voters are now asked to approve by legislatively-referred state statute, the "Born-Alive Infant Protection Act." It provides that infants born alive after an abortion are legal persons and failure to provide medical care would incur a maximum $50,000 fine and/or 20 years in prison.

There are three initiatives addressing a constitutional amendment to protect abortion rights -- in California, Michigan and Vermont.

California's Proposition 1, Michigan's Proposition 3 and Vermont's Article 22 all establish an explicit right to abortion and prohibition of state interference in an individual's "reproductive freedom." 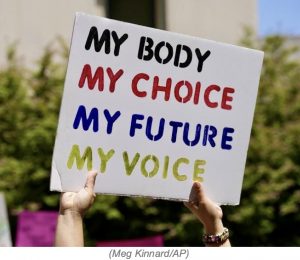 Abortion is on the ballot!
See: How your member of Congress votes
Early Voting has begun in 24 states: Check your voter deadlines

April 10, 2019 The labor movement is a powerful force in any contest, but in a presidential election the endorsement of a major union could be the determining factor in who becomes our Democratic...