Inauguration Day is here! In just hours Joseph Biden and Kamala Harris will be sworn in as President and Vice President of the United States -- closing out a painful chapter in our country's history, and marking the beginning of a new era of healing for the American people. 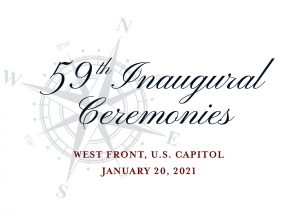 8:00am: President Donald Trump's departure
ceremony at Andrews Airforce Base!

Swearing in Ceremonies
10:30am EST (Coverage Begins)
West Front of the US Capitol 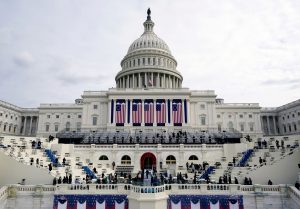 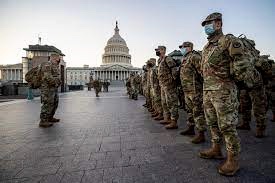 Pass in Review
1:00pm EST East Front of the Capitol
In the traditional military ceremony, the President, First Lady, Vice President and Second Gentleman, hosted by the Commander of Joint Task Force-National Capital Region, will review the readiness of the troops, represented by every branch of the military. 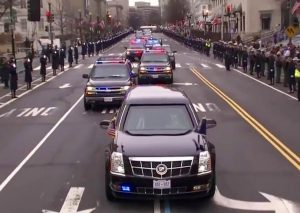 The Presidential Escort will be followed by a "Parade Across America," which will be televised for the American people and feature diverse, dynamic performances in communities across the country that will reflect on the diversity, heritage, and resilience of the country as we begin a new American era. Streamed on BidenInaugural.org/watch 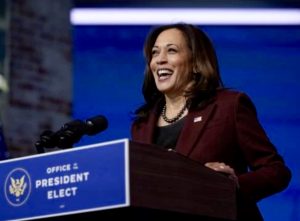 The program will celebrate and highlight American heroes who are helping their fellow Americans through the pandemic crisis, including frontline workers, health care workers, teachers, citizens giving back, and those who are breaking barriers.

The program will be carried live on major networks and streamed on BidenInaugural.org/watch and other platforms. For accessible viewing options see bideninaugural.org/accessibility. 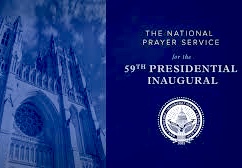 President Biden and First Lady Dr. Jill Biden will join Interfaith Leaders for the 59th Inaugural National Prayer Service. Bishop William J. Barber II will deliver the Homily, and the program will include performances by Josh Groban, Patti LaBelle and The Clark Sisters.

The service will be livestreamed in bidennaugural.org watch and cathedral.org.

Convention Central: The Calendar is Up!

The DemList Convention Calendar is up and open for event submissions!

April 15, 2021 The US Senate currently stands at 50 Democrats to 50 Republicans. As Vice President Kamala Harris serves as the President of the Senate and has the tiebreaking vote, Democrats...