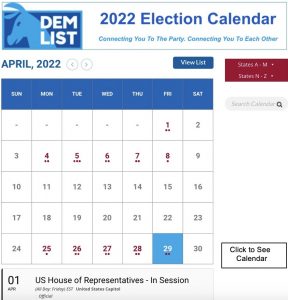 We are just 192 days until the November 8, 2022 midterms and there are new updates to the election calendar.

May will be a busy month, with twelve primaries, including the high-profile contests in Ohio and Pennsylvania.

DemList has posted the 2022 Election Calendar on our site, which includes all United States Senate, House, and gubernatorial primaries, runoffs and special elections, as well as the Congressional legislative schedule. You can also access our State Pages which provide a snapshot of state-by-state elected officials and party links. 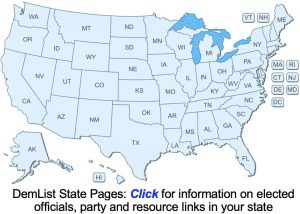