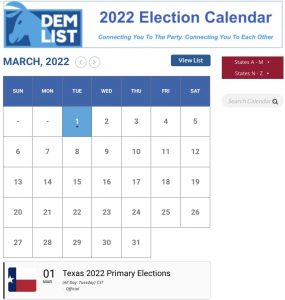 The election year is well underway, with the first state primary, in Texas, just one week from now.

We will continue to keep you updated through the DemDaily column with our analysis of the issues, elections and daily coverage of the political landscape.

As a service to our followers, however, DemList is posting the DemList 2022 Election Calendar on our site, which includes all the United States Senate, House and gubernatorial primary and runoff elections, as well as the Congressional legislative schedule. You can also access our state pages which provide a snapshot of state-by-state elected officials and party links.

We will add new political dates and resources as we approach the midterms, and, as always, we will keep you informed. Check out the DemList 2022 Election Calendar and State Pages HERE. 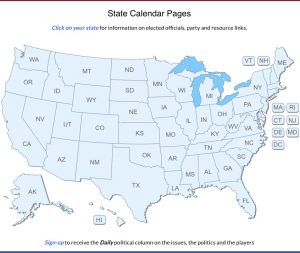 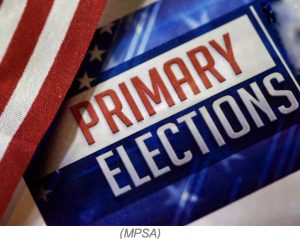 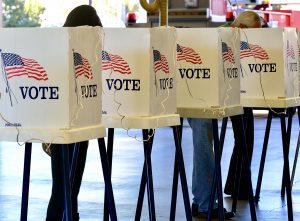 Related: DemDaily: The First Primary of The Season 2/1/22