There are only two gubernatorial races up in 2021, New Jersey and Virginia, in what will be the first statewide test of voters in the post-Trump era.

Status of the Governors
While the results of the 2020 presidential election marked a number of historic shifts in voter performance, the status of those that control the governors' mansions remained relatively unchanged.

Eleven states held gubernatorial elections in 2020, with Republicans defending seven seats compared to Democrats' four. Of those, Republicans flipped control of just one seat, in Montana, to increase their share of the nation's governorships to 27 governors' seats to Democrats' 23.

Politically, governors are more independent, in practice and in the eyes of the voters. There are ten states where both state legislative chambers are controlled by one party but have elected governors of a different party. 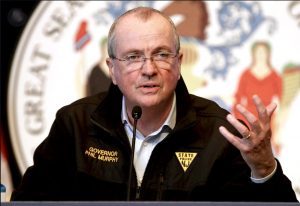 In addition, a Republican presidential candidate hasn't won in New Jersey since George HW Bush in 1988, and Democrats currently hold a trifecta of control statewide and in both chambers in the state legislature.

Murphy, who won office in 2017 with 56% of the vote, enjoys a strong approval rating of over 60% and high praise for his pandemic response, which has also boosted his national profile and ability to raise money.

Republicans, however, are attempting to turn that strength against Murphy, pointing to the fact that New Jersey has the highest per-capita death toll from Covid-19 in the US, including a disproportionately high number of fatalities inside the state's nursing homes and long-term care facilities. 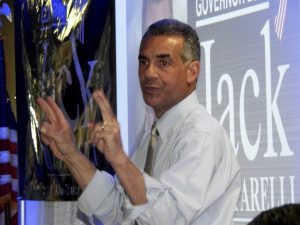 They assert that the Governor's pandemic policies and tax increases have hurt New Jersey's economy, and are responsible for the closing of three in ten small family businesses. If the state's financial position continues to deteriorate, Murphy could face a backlash.

Republicans
Chief among Murphy's critics is former State Assemblyman and 2017 gubernatorial candidate Jack Ciattarelli. Ciattarelli has already amassed a list of endorsements from his former legislative colleagues and local party leaders, all but clearing the field of major competitors.

Ciattarelli, who announced January 21, 2020, raised just over $1 million as of the end of the year, compared to Murphy, who filed for reelection October 1, 2020, and raised $3.5 million by December. 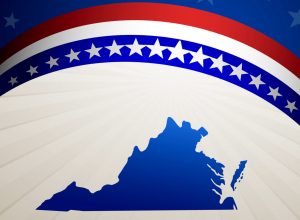 In 2019, voters in the Old Dominion sealed the state's final transformation to solidly blue by flipping both legislative chambers to Democrats, giving them their first trifecta since 1994. This builds on Democrats' strong record of winning every statewide election in Virginia since 2009.

Although Virginia had voted Republican in every presidential race since 1968, shifting demographics and rapid population growth over the last decade thrust the state into the battleground category.

That shift is also reflected in the diverse field of candidates running for governor in 2021, with candidates from the newly-established progressive wing of the party, and three African Americans in a state where black politicians have increasingly significant influence.

The 2021 contest is also expected to be a reflection of the battle within the Republican party nationally as former President Trump's ongoing influence is measured state by state. 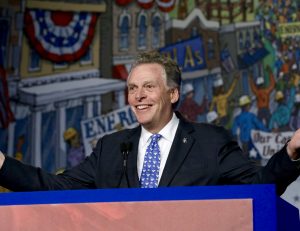 Democrats
Former Governor Terry McAuliffe is seeking a return to the Governor's mansion and has already lined up a long list of endorsements from national and state party leaders, including US House Speaker Nancy Pelosi.

McAuliffe, who was elected the 72nd Governor of Virginia in 2013, left office with a 55% approval-36% disapproval rating. Popularly known as the "Jobs Governor," McAuliffe is credited with bringing more than $20 billion in new capital investment and 200,000 new jobs to the Old Dominion State. In 2017, McAuliffe was named "Public Official of the Year" by Governing Magazine.

A former Chair of the Democratic National Committee, McAuliffe is an attorney and entrepreneur, who has amassed millions as a banker, investor, real estate developer and internet venture capitalist, along with a legendary rolodex.

Ineligible to run in 2017, he endorsed current Governor Ralph Northam, who defeated Republican Ed Gillespie 53.9% to 45%.

Lt. Governor Justin Fairfax, a former federal prosecutor, is only the second African American to win statewide in Virginia. Hanging over Fairfax, however, are allegations from two women that claimed he assaulted them in the early 2000s, which he has denied. 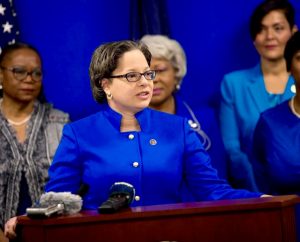 State Senator Jennifer McClellan (Richmond), is a corporate lawyer for Verizon who served as a delegate for 11 years before winning a Senate seat in 2017. McClellan was a sponsor of last year's Virginia Clean Economy Act, which made Virginia the first Southern state to commit to carbon-free power by 2050.

Jennifer Carroll Foy (Prince William) resigned as a State Delegate in December to focus on the race. A former public defender, and among the first black women to graduate from the Virginia Military Academy, she was the chief sponsor of a House bill to ratify the federal Equal Rights Amendment last year.

Republicans
The state GOP Central Committee has changed the dynamics of the 2021 election by choosing to pick their Republican candidate via a convention in May of 2021 instead of a primary. The decision has resulted in a messy fight within warring factions of the party, spearheaded by ultra-right State Senator Amanda Chase (Chesterfield), who unsuccessfully challenged the convention in court. 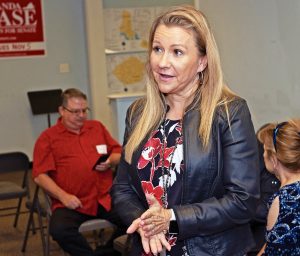 Although Chase is the lead contender, the convention process allows the state's Republican leaders to chose a more mainstream candidate with a better chance of winning over the state's densely populated suburbs.

Chase, who has claimed that Democrats "hate white people," was censured by her Senate colleagues after she praised the pro-Trump rioters who stormed the US Capitol on January 6th as "patriots."

State Delegate Kirk Cox (Colonial Heights) represents "the bluest seat" of any Republican in the Virginia General Assembly. A former government teacher and baseball coach, he has served 30 years in the State House, including two as Speaker.

Northern Virginia businessman Pete Snyder is a multi-million dollar investor and former Fox News contributor in the 1990s, who unsuccessfully sought the GOP nomination for lieutenant governor in 2013 and was chairman of Ed Gillespie's failed 2017 gubernatorial campaign.