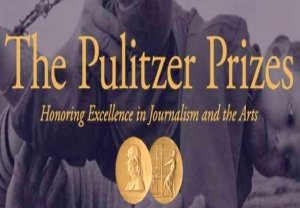 The winners of the 2019 Pulitzer Prize were announced Monday, recognizing excellence in newspaper, magazine and online journalism, literature, and musical composition in the United States.

Founded in 1917 at the bequest of newspaper publisher Joseph Pulitzer, the award is considered our country's most prestigious recognition of accomplishment in journalism and the arts.

" The way to right wrongs is to turn the light of truth upon them."
-- Ida B. Wells, Journalist

"Freedom of conscience, of education, or speech, of assembly are among the very fundamentals of our democracy and all of them would be nullified should freedom of the press ever be successfully challenged." -- Franklin D. Roosevelt
LETTERS, DRAMA & MUSIC 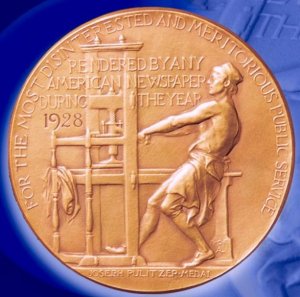 The Pulitzer Committee also awarded a Special Citation to Aretha Franklin,"for her indelible contribution to American music and culture for more than five decades," and to Annapolis, Maryland's Capital Gazette, "honoring its journalists, staff and editorial board for their courageous response to the largest killing of journalists in U.S. history in their newsroom on June, 28, 2018."