The beginning of the 2020 presidential election has not officially launched, but the potential players are making their appearances, including the standard stop-in at the Women's National Democratic Club in Washington, DC.

The Woman's National Democratic Club (WNDC), founded in 1922, is a meeting place for Democrats, Independents and Progressives in the nation's capital. WNDC serves as a forum for writers, scholars, events, and advocacy for public policy that advances our nation's democratic values. 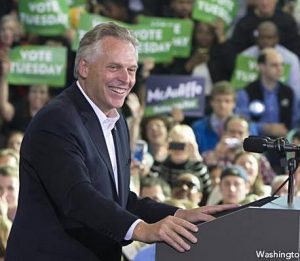 Next Tuesday, April 17th, former Virginia Governor, DNC Chair and Clinton Presidential Campaign Chair Terry McAuliffe will speak at the WNDC about politics, the party and the prospects for 2018 and 2020. 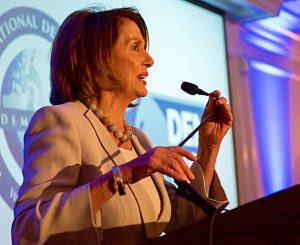 Terry McAuliffe, who served as the 72th Governor of Virginia from 2014-2018, and is frequently mentioned as a top contender for the presidency, will address Democratic prospects for the midterm elections and 2020 elections.

In 2018, McAuliffe is barnstorming the country to help Democrats win elections from state house to the House of Representatives.

McAuliffe left office having turned once purple Virginia blue in 2016 for former secretary Hillary Clinton, nearly flipped control of the Republican House of Delegates over to Democrats in 2017 and
helped elect a hand-picked Democratic successor in Virginia's newest governor, Ralph Northam as well as the Lt. Governor and Attorney General.

McAuliffe served as Chairman of the DNC, Chairman of Bill Clinton's presidential campaign and chair of the National Governors Association.

More On WNDC and Events
More On Terry McAuliffe

September 28, 2020 With just 36 days until the election, Americans are facing yet another threat under the Trump administration — one that will have consequences for decades. While a nation...

June 29, 2020 This morning the Supreme Court of the United States (SCOTUS) announced its decision in June Medical Services LLC v. Russo, blocking a controversial Louisiana abortion law that would...