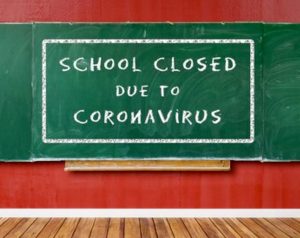 As the United States passes 500,000 deaths, schools across the country are balancing reopening classrooms with the safety of students and their teachers.

On February 12th, the Center for Disease Control (CDC) announced new guidelines for safely reopening schools amid the pandemic.

While not a federal mandate, the report offers the first official mitigation strategies for the crisis facing America's children and educators since the onset of the coronavirus crisis over one year ago.

The recommendations of the 35-page report are not a revelation. They include maintaining six feet of physical distancing inside school buildings, universal use of face masks, handwashing and respiratory etiquette, contract tracing and creating small cohorts or 'pods' of students to minimize spread. 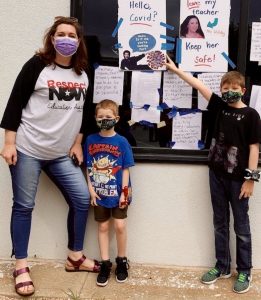 They also recommend cleaning and maintenance of facilities, improved ventilations, including opening windows and doors, and where possible, having children eat meals outdoors or in classrooms instead of a communal cafeteria.

The report comes as more than half of the nation's public schools have already reopened under vastly different scenarios, depending on the state and counties which govern their implementation.

While most of these recommendations have previously been made, the standards are not being met. "Most schools, especially those attended by black, brown, indigenous, and poor white students have severely outdated ventilation systems and no testing or tracing programs to speak of. It's time to fund proven mitigation strategies - and it's far past time for every governor to prioritize educator vaccinations," said Becky Pringle, President of the National Education Association.

On vaccination prioritization, which has been at the forefront of the debate between the federal government, state governments and teachers' unions, the CDC report says, "Vaccination should not be considered a condition for reopening schools for in-person instruction" but advises communities to consider giving teachers "high priority" in vaccine distribution. 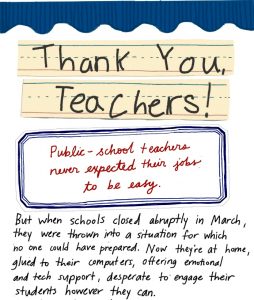 President Biden campaigned on a platform of seeing a majority of K-12 schools reopen by the end of his first 100 days, which would be April. That goal has been amended to focus on K-8 schools.

Biden's nominee for Secretary of Education, Miguel Cardona, said during his confirmation hearing that the pandemic has "taken painful disparities and wrenched them open even wider...It has stolen time from our children." Cardona, whose nomination was approved by the Senate Education Committee on February 11th and is expected to be confirmed in the coming weeks, said it will be "a national priority to get our kids back into school and keep them in school."

Biden has included 130 billion in the American Rescue Plan to support schools in safely reopening. The funds would be used to expand community schools, provide for summer school to help compensate for lost learning time, improve facilities, hire additional teachers, busdrivers, counselors and other school personnel, and "close the digital divide that is exacerbating inequities during the pandemic."

"Learning to Fly While Sitting in The Cockpit of An Airplane"
That was the analogy offered by one central-Virginia teacher, who painted a frustrating, yet passionate picture of life as a teacher since the COVID crisis abruptly disrupted the Old Dominion State's school system almost a year ago. 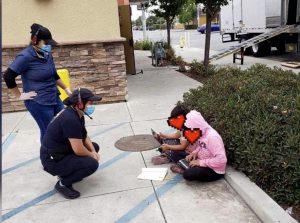 Students work outside a Taco Bell to get internet access (Yahoo)

The teacher, in his 50's, gave up a prosperous first career to teach English as a Second Language (ESOL) students in a predominantly low-income minority school in a state ranked the worst for relative pay for teachers in the country. His students, he told DemList, were disproportionately affected from day one of the coronavirus on a number of levels.

While his first concern was that the families of his high-schoolers would not get tested for COVID for fear of deportation, it was later replaced by the reality that some did not have access to internet for remote learning.

Although philanthropic organizations have stepped in to provide laptops to most students in his county, the reality is that public internet access is not available in all neighborhoods.

"When we were told on March 13th of last year that we were going virtual, some of us didn't even know what that meant." Since then, the systems they have used for communication internally, and with the students, have changed multiple times, and none was implemented with any formal training. "There was no teaching the teachers," said the Virginia educator. 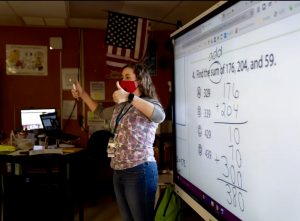 Then there is the issue of teaching to a blank screen. Although students are required to log on at the beginning of each class period for a virtual check-in, parents may elect to waive the camera-on expectation by notifying their child's school in writing. This makes accountability and interactive teaching near impossible.

"I have kids who have not turned in one assignment since the beginning of the school year, and that doesn't count the sad statistic of the number who have dropped out." In some cases, the children themselves have taken on the role of parenting, he said, as they now take care of younger siblings while their Mom and Dad go to work.

"I am working so much harder at virtual teaching now than I ever had." The teacher, who is contracted to work until 3:25pm each day, now works into the evening and often all day Saturday to fill out the additional paperwork now required to "check that box."

The educator, who is scheduled to go back to his school March 9th, now faces the challenge of simultaneously teaching virtually and in-person at the same time, while balancing limited resources. While some schools have made additional technology available to ease this burden, in his case "they have not made it to my classroom." 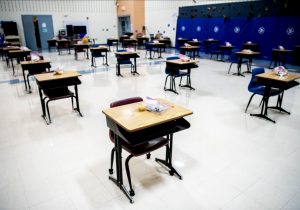 There are still many unknowns, including how many of his students have opted to come back in-person or continue to learn virtually - a choice available in Virginia.

His largest class is 23 students. "There is no way I can fit that many kids six feet apart" in my class.

Amidst all these factors, the teacher still gives Virginia Governor Ralph Northam and his school superintendent high marks for prioritizing vaccinations for teachers.

Despite his dedication, however, had he not gotten a vaccination, "I would probably not go back," said the educator. "I am high risk...There are so many teachers who have already quit."

"We all want to go back to school. It is so frustrating. Everyone has felt it. The world of education is not unique, but teachers are exhausted. It has been a journey." One that is far from over.