Today marks the 45th anniversary of the passage of Title IX, the federal civil rights law that prohibits gender discrimination in education.

Although best known for breaking down barriers for girls and women in high school and collegiate athletics, Title IX has continued to play an important role in our country's still evolving history, and response to, differential treatment based on sex.

With the help of many brave victims and voices, the landmark legislation has made it possible for women to breakthrough gender barriers to success in all fields, and most prominantly in science, technology, economics and politics. 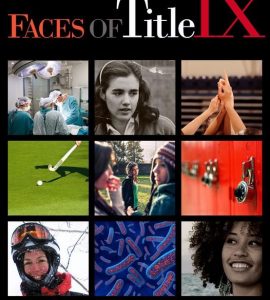 In more modern times, Title IX has been utilized to ensure fair treatment for pregnant students and those who have been subjected to sexual harrassment on college campuses.

The Law
Title IX came about in part because of a void in the Civil Rights Act of 1964, which was aimed at ending discrimination based on sex, religion, race, color, or national origin, but did not include any prohibition on gender discrimination in public education.

In 1972, Senator Birch Bayh (D-IN), introduced an amendment to the Higher Education Act that incorporated the equal education provisions of the Equal Rights Amendment's (ERA) which was otherwise not going to pass the Senate.

The amendment, Title IX, became law on June 13, 1972 when President Nixon signed the bill into law.

The provisions of Title IX were subsequently challenged in Congress and before the Supreme Court but have withstood the test of time. Title IX now applies to all public and private educational institutions that receive federal funds, and is enforced by the Office for Civil Rights (OCR) of the U.S. Department of Education.