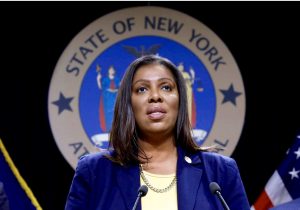 The announcement followed an 18-month investigation that alleged financial misconduct that amounted to a loss of more than $64 million over a three-year period.

On the same day, District of Columbia Attorney General Karl Racine filed a lawsuit against the NRA and the NRA Foundation, the NRA's charitable arm, for "misusing charitable funds to support wasteful spending by the NRA and its executives."

The potential collapse of the nearly 150 year-old gun rights organization managed to claim headlines, albeit briefly, in the midst of the crisis in the country and in the White House.

Fraud And Abuse
The National Rifle Association is incorporated in New York and registered to do business in D.C., which, as a 501(c)(4) social welfare organization, can engage in political campaign activity, and donations to the NRA are not tax-deductible. 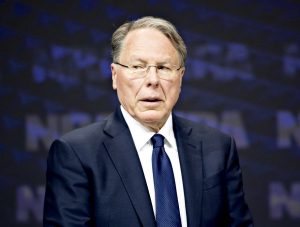 Although affiliated with the NRA, the Foundation, a 501(c)(3) charitable organization incorporated in D.C, is supposed to operate independently.

The Foundation collects tax-deductible contributions for charitable, educational, and scientific purposes, provides grants and sponsorships to related organizations, and can provide financial support to the NRA for activities consistent with the Foundation's charitable purposes.

The New York suit alleges that top NRA executives misused charitable funds for personal gain, and "instituted a culture of self-dealing, mismanagement and negligent oversight" that contributed to "the waste and loss of millions in assets."

As New York AG, James has broad authority related to state nonprofits, including the ability to force organizations to cease operations or dissolve.

The suit paints a picture of lavish spending, most notably by LaPierre, including hundreds of thousands on his family, friends and personal extravagances from golf memberships and vacations to private jets. In 2018, the NRA reported raising $412 million, but spent $423 million.

Last April retired Marine Lieutenant Colonel Oliver North stepped down as President of NRA, claiming he was being forced out due to his allegations that NRA leaders engaged in financial improprieties. The NRA reported spending in excess of $100 million over the last two years on legal fees and related costs.

In the D.C. lawsuit, Attorney General Racine's complaint alleges that the NRA Foundation violated District laws by "allowing charitable funds to be used for noncharitable purposes, failing to operate independently, and placing the NRA's interests ahead of its own charitable purposes."

The suit also alleges that "the Foundation's Board of Directors was controlled by the NRA and allowed the NRA to exploit it through risky (unrepaid) multi-million-dollar loans" and millions in fees paid to the NRA without documentation of work.

Political Power
The National Rifle Association, historically the largest and most influential gun rights organization in the world, claims a membership of 5 million -- approximately 1/5 of gun owners. 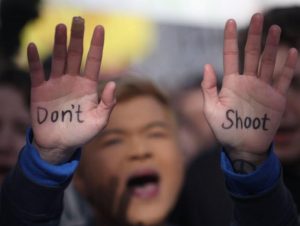 In 2016 the NRA spent approximately $4 million on lobbying and direct political contributions and $50+ million on political advocacy, including over $30 million to help elect Donald Trump president.

In the last decade, however, a number of major organizations have been formed to counter the political and financial influence of the NRA.

Public reaction to a long series of tragic mass shootings, and influx of major funding into the gun safety movement has, for the first time, presented the NRA with formidable opposition.

The most notable investment was that of former New York Mayor Michael Bloomberg, who in 2014 invested $50 million to form Everytown for Gun Safety. Earlier this year Everytown announced plans to spend $60 million to defeat President Trump and other politicians opposed to new gun regulations.

Last week marked the one-year anniversary of the mass shootings in El Paso, Texas and Dayton, Ohio that, together, killed 31 Americans and wounded 55 more.

NRA's Endorsed Candidates
Don't forget the victims when you go to the ballot box.
DemDaily: Remembering Las Vegas 10/2/19
Past Dailys on Gun Safety and the Victims