On of the most wished-for casualties of 2020 is the downfall of Trump troubadour Lindsey Graham, the three-term Senator from South Carolina that is facing his most formidable opponent in attorney and former state Democratic Party Chair Jaime Harrison.

In the historically red state, in what was originally thought to be an unwinnable contest, Harrison is now in a statistical dead-heat with Graham, one of the Senate's most visible and vocal members as Chairman of the Senate Judiciary Committee. 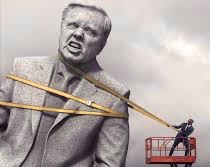 The Palmetto State
South Carolina has long been a Republican stronghold, having voted for the GOP nominee in every presidential since 1960, with the exception of 1976, when son of the South Jimmy Carter was running. In 2016 the Palmetto State gave Donald Trump a 14-point victory, up from Mitt Romney's 11-point margin in 2012.

The Incumbent
The state's bombastic Senior Senator, Lindsey Graham, is running for reelection to his fourth term.

A native of Central, South Carolina in Pickens County, Graham, an attorney, was elected to the South Carolina House of Representatives at the age of 27, before serving four terms in Congress, representing the Third congressional district from 1995 to 2003. In 2002, Graham won the U.S. Senate seat vacated by retiring Republican incumbent Strom Thurmond, and was subsequently reelected twice by 54% or more.

Graham, who briefly ran for the 2016 GOP Presidential nomination, was originally a major Trump detractor.

Following Trump's victory in 2016, however, and to the surprise of colleagues in both parties, Graham took a hard-right turn in order to become "politically relevant" -- taking on the role as one Trump's greatest public defenders and advocates, most notably during the impeachment hearings.

As Chair of the Senate Judiciary Committee Graham is expected to play a pivotal role in advancing President Trump's nominee to replace the late Supreme Court Justice Ruth Bader Ginsburg, one that could boost his numbers in what is now the toughtest fight of his life.

Graham, however, is also a symbol of the GOP hypocrisy on the high court nomination process, having stated unequivocally during the suppressed nomination of Merrick Garland by then-President Obama in 2016, that if a vacancy occurs during a presidential election year, "you can say Lindsey Graham said let's let the next president, whoever it might be, make that nomination."

While Trump currently leads Democratic nominee Joe Biden in the state by four points, Graham is lagging behind Trump's levels of support among Republicans.

By contrast, the Morning Consult poll shows Graham's general election opponent, Democrat Jaime Harrison, on par with Biden, with both at 95% support among Democrats.

In a head-to-head contest, Harrison is running neck and neck with Graham, 45% to 46%, consistent with the state of the contest since daily tracking began in mid-July. 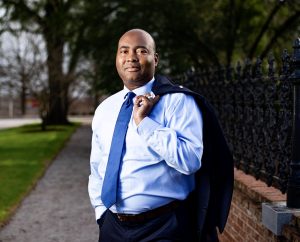 Jaime Harrison is in a deadheat with Graham

The Challenger
Harrison, a longtime Democratic operative, is an attorney, lobbyist and Democratic National Committee officer.

Born and raised in Orangeburg, South Carolina by a teenage mother and his grandparents, Harrison received a scholarship to Yale University, earning his B.A. in Political Science in 1998 and his J.D. from Georgetown University Law Center in 2004.

Harrison, who announced his Senate bid in February, 2019, has broken statewide fundraising records, having outraised Graham during the last two fundraising quarters, with a June 30th total of almost $29 million to Graham's $30 million.

In what some strategists have called "an almost-flawless campaign," Harrison has capitalized on his national network, charisma, innovative campaign ads, and the widespread dislike of Graham among Democrats to draw national support.

In August alone, he raised a purported $10.6 million, and this month, the Democratic Senatorial Campaign Committee announced a new seven-figure cash investment in the state. 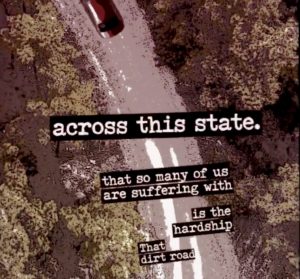 The question remains whether the money, and his message on affordable healthcare, building up the middle class, defeating poverty, and protecting seniors, can move the needle with the voters.

Harrison is counting on a high turnout among Black voters, who account for over 60% of the Democratic primary electorate.

Those voters are credited with Joe Biden's pivotal victory in South Carolina's February 29th primary, one that put him on the path to the nomination.

At one rally, Harrison declared, "In a state that led the secession but now helps lead the nation in nominating our president, hope is here!"

Vote
Check your registration and the rules! iwillvote.com
State SCvotes
Contribute to Jaime

February 21, 2019 Last Thursday was the year anniversary of the Parkland, Florida mass shooting at Marjory Stoneman Douglas High School that killed 17 and Injured 12. That shooting inspired a new...

December 19, 2019 In has been a whirlwind 24 hours, even by Trump standards. Last night, the US House of Representatives impeached President Donald J. Trump for “High Crimes and...