In presidential politics, a "Swing State," or battleground state, is a state where no single candidate or party traditionally wins the states' electoral votes every four years.

While a core 7-8 states fall into this category, in any given cycle the dynamics of the presidential, candidates, other down ballot races, and the work done by the national and state parties, may put states which are otherwise a strength for one party back in play.

2016 is one of those cycles - with an estimated 15 states still in the balance. Following an eventful month, including three national debates, a series of scandals, and fluctuating numbers, a polling update to our September 12th DemDaily on swing states!

Swing States Standing
Source: RealClearPolitics. Polling averages are based on current reputable polls in each state.
Early voting has begun in many of these states, and the voter registration deadline has already passed in others. Clinton currently holds a 5 to 7 point lead. In this cycle, however, we have learned that anything can happen. 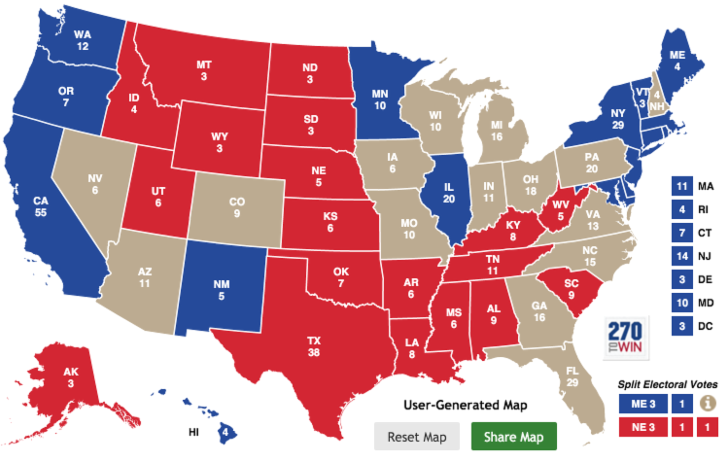 To win on election day, a candidate must capture at least 270 of the 538 electoral votes. In the event of a tie (269 to 269), the House of Representatives selects the next President of the United States.