May 18, 2017
As one of two gubernatorial battle grounds this year, Virginia is already the focus of national attention as a bellweather for the political mood of the electorate, but the unexpectedly competitive Democratic primary contest may be the first referendum on the direction of the country - and the Party itself. 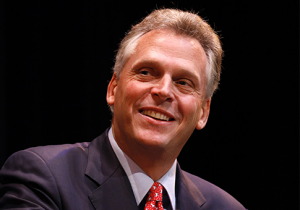 Virginia Democratic Governor Terry McAuliffe won his first term in 2013 with 47.8% of the vote. A popular and effective politician, he has a current approval rating of 50%+, and over 80% among Democrats -- but is limited to one term. Virginia is the only state that prohibits its Governor from serving consecutive terms.

Democrats
Ralph Northam, Lieutenant Governor
Tom Perriello, former Congressman (VA-05)
Two Dems are vying for their party's nomination in the upcoming June 13th primary. Although both ideologically similar, they have captured support from different wings of the party that appear to fall in camps similar to the 2016 presidential.

Ralph Northam, 57, previously served in the Virginia State Senate and has served as Lieutenant Governor of Virginia since being elected in November of 2013 with 55% of the vote.

Northam, who announced his bid November 17, 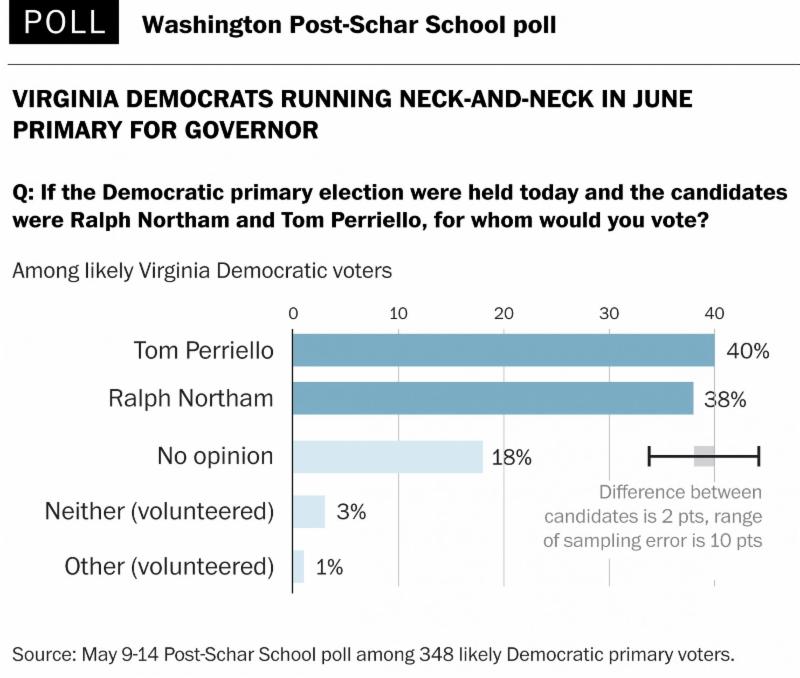 2015, has emerged as the establishment candidate, with the early endorsement of McAuliffe, Virginia's two US Senators, Mark Warner and former VP nominee Tim Kaine, every member of the Virginia Democratic House and Senate Caucuses and most major Dem lawmaker in Virginia.

Enter former Congressman Tom Perriello, the insurgent primary challenger who jumped into the primary last December, a year after Northam.

Perriello, who represented Virginia's 5th Congressional District from 2009-2010, was inspired by the anti-Trump fervor and a "economic justice" platform. He has since tapped into the more progressive wing of the national party, securing the endorsements of Senators Bernie Sanders (I-VT) and Elizabeth Warren (D-Mass). 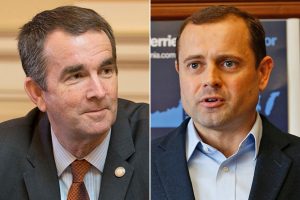 A diplomatic envoy to parts of Africa under Obama, Perriello also has the public support of more than 30 former Obama staffers.

A Washington Post-Schar School Poll (May 9-14) show Perriello and Northam at an essential dead heat @ 40%-38%.

On the Republican side, former RNC Chair Ed Gillespie is leading the nomination race against former Trump State Chairman Corey Stewart and State Senator Frank W. Wagner (Virginia Beach).
Gillespie, who once served as Virginia's GOP Chair, ran unsuccessfully for the US Senate in 2014 against John Warner (D), narrowly losing by less than 1%.

General Election
Although a swing state, Democrats have won every statewide election since 2009 and Hillary Clinton carried the state by more than 5% in the the 2016 Presidential.The WashPo-Schar poll shows both Northam and Perriello beating Gillespie by double digits in the general, and Trump's approval rating among Virginia voters is at just 37%.
Combined with the fact that every post-World War II president saw his Party lose net governorships from beginning to end of his term, and that mid-term elections historically favor the Party outside the White House, the Virginia Governor's race appears to favor a Democrat.
Let's hope that is also good news for the 38 Governors races up in 2018.DemList will keep you informed!
See other Dailys on:
2017 Special Elections:  DemDaily: Special Election Update! 5/17
New Jersey Governor's race:  DemDaily: The First of 2017 5/11
On the Impeachment process:  DemDaily: How To Get Rid of a President 5/12
DemList
Connecting you to The Party
Connecting you to Each Other
Kimberly Scott
Publisher
Help DemList with a Contribution Here Today!
Follow DemList on Facebook and Twitter
Sources: CNN, Washington Post, Wiki

January 26, 2021 At 7:00pm last night, House Impeachment Managers delivered the Article of Impeachment against former President Donald Trump to the US Senate, formally triggering preparations for...