This morning the Supreme Court of the United States (SCOTUS) announced its decision in June Medical Services LLC v. Russo, blocking a controversial Louisiana abortion law that would have shutdown all but one clinic in the state.

The 5-4 ruling is a victory for supporters of abortion rights who argued that the law, which barred doctors from performing the procedure unless they had admitting privileges at a nearby hospital, was a veiled attempt to restrict abortion.

Breyer added, "The evidence also shows that opposition to abortion played a significant role in some hospitals' decisions to deny admitting privileges." 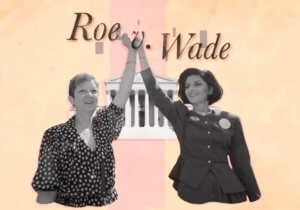 Louisiana's Act 620 is almost identical to that at issue in Whole Woman's Health v. Hellerstedt, a Texas "admitting privileges" law which the High Court struck down in 2016.

Since then, moderate Justice Anthony Kennedy, frequently the "swing vote" on the court, retired and was replaced by Trump nominee and conservative Justice Brett Kavanaugh in 2018.

The consolidation of the conservative faction on the court has raised fears that a woman's right to an abortion, originally confirmed in the landmark 1973 Roe v. Wade decision, might be compromised or overturned.

In his dissent to today's ruling, conservative Justice Clarence Thomas wrote, "Roe is grievously wrong for many reasons, but the most fundamental is that its core holding - that the Constitution protects a woman's right to abort her unborn child-finds no support in the text of the Fourteenth Amendment." 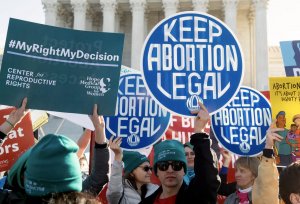 Since Roe, conservatives have tried to limit access to abortion services in individual, primarily "red" states, further buoyed by President Trump's vow to overturn Roe during his 2016 campaign.

During the ongoing coronavirus crisis, at least eight states have sought to restrict abortions as "elective" procedures.

The Louisiana law is what abortion rights advocates refer to as "targeted restrictions on abortion providers," or TRAP laws, which appear to aim at making abortions safer, but are actually focused on dismantling abortion clinics.

Chief Justice John Roberts, who concurred in today's ruling, wrote, in a separate opinion that, while he disagreed with the 2016 decision in Whole Woman's Health, he respects the rule of stare decisis, the legal principle of determining points in litigation according to precedent.

On June 18th, SCOTUS blocked, by 5-4, the Trump Administration's attempt to end the Deferred Action for Childhood Arrivals program, ruling in Department of Homeland Security v. Regents of the University of California, that the Administration's "total rescission" of DACA was "arbitrary and capricious." 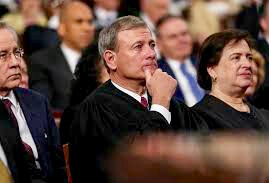 The landmark decision represented another major defeat for Trump, following the June 15th decision in Bostock v. Clayton County, Georgia, which ruled that Title VII of the Civil Rights Act of 1964 includes workplace protections for gay, lesbian and transgender people.

However, while Roberts sided with the liberal justices on this case, he left the door open for other states to pursue similar restrictions. In a footnote to his opinion, he added that the "validity of admitting privileges law depends on numerous factors that may differ from state to state."

May 13, 2021 Now almost five months into the 2022 election cycle, eleven House members have announced their retirements or plan to leave to run for a higher office. The partisan breakdown of the...