It was the summer of 1964 and over one thousand out-of-state volunteers traveled to Mississippi to help register African-American voters and set up "Freedom Schools" in their communities. 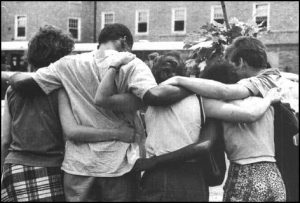 Student volunteers waiting for buses to take them to Mississippi (1964)

The goal of The Mississippi Summer Project, or "Freedom Summer," which was organized by the Congress on Racial Equality (CORE), Student Nonviolent Coordinating Committee (SNCC) and the National Association of the Advancement of Coloured People (NAACP), was to end the political disenfranchisement of African Americans in the Deep South -- and Mississippi, at 6.7%, had the lowest percentage of registered black voters in the country.

Just a few years before hundreds of Freedom Riders, many of whom were attacked, rode on buses throughout the South to force the government to protect and enforce the newly instituted law ending transport segregation. 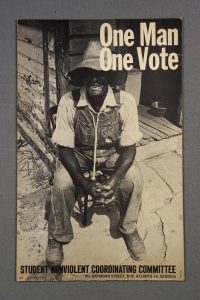 Freedom Summer drewthousands of volunteers, black and white, who helped, through non-violent means, to empower voting rights while building Freedom Schools, Houses and community centers in small towns throughout Mississippi.

The civil rights movement was sweeping the country, but the Ku Klux Klan in Mississippi was going to fight it at all costs. Before Freedom Summer was over, 30 black homes and 37 black churches were firebombed, 80+ volunteers beaten, and three student volunteers would be murdered.

But the work of those that summer - in resisting discrimination and oppression of fellow citizens, changed history, and was amplified in the following years by civil rights leaders like Dr. Martin Luther King, John Lewis, César Chávez and Dolores Huerta. In 1966, working with Attorney General Bobby Kennedy, President Lyndon Johnson passed The Voting Rights Act. 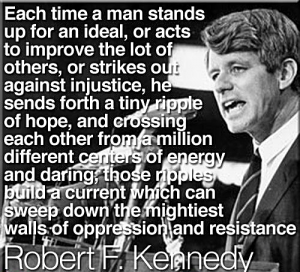 Resistance Summer
In the spirit of those pioneers of civil rights, and to bring Americans together in the name of resistance against an administration that seeks to divide the American people, the Democratic National Committee has launched "Resistance Summer."

The mission of Resistance Summer is to "educate, organize, and mobilize grassroots energy from Democrats in all 57 states, territories, and Democrats Abroad to help build our party's base of political power and resist Trump's attacks on hardworking families."

The program is a competitive matching grant program, where the DNC will approve and fund programs that will be executed by state parties with assistance from the DNC.

"The best way for Democrats to turn the #Resistance into electoral wins is by doing one thing: organizing," said DNC Deputy Chair Keith Ellison. "Resistance Summer is the starting point and will take the Democratic Party's message of fairness and equality to activists on the front lines and all Americans looking to get engaged. 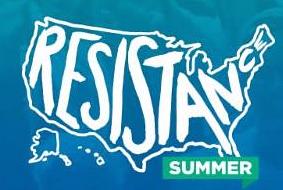 June 3rd, Monday: State parties and allied groups will hold events across the country to kick off Resistance Summer.

June 14th -17th: The DNC will hold a national training summit in Detroit, Michigan to train hundreds of organizers and fellows.

June 21, 2021 In the last week, the Supreme Court of the United States (SCOTUS) announced three major decisions in a series of rulings expected to roll out in the coming weeks as the High...