Five rural counties in Oregon voted this week to secede from the liberal leanings of the Beaver State and merge with its more ideologically conservative neighbor, Idaho. The sentiment reflects the deepening divisions between the state's increasingly Democratic urban population in the west and Republicans expanding majorities in the rural eastern parts of the state.

In the 2020 presidential election, Joe Biden won Oregon with over 56% of the vote, while Idaho went to Trump with 64%.

While the initiative requires local officials to consider a plan to redraw the border, it faces larger obstacles for ultimate passage.

Legislators in Oregon and Idaho would have to enact bills to redefine the states' boundaries and redistrict their legislatures.

If the legislation survived gubernatorial veto, it would still need to be approved by Congress. 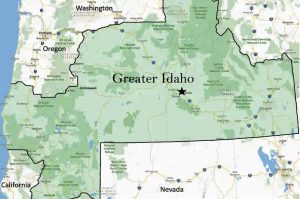 The last time Congress approved a change in state lines was in 1863 when West Virginia was admitted to the Union during the Civil War.

However, McCarter, a 74-year-old former firearms instructor from La Pine, Oregon, is undeterred, with plans already in place for "Phase 2" - adding five conservative-leaning counties in Northern California to Idaho.

A series of proposals to divide or split up California over the last decade have been unsuccessful in reaching the ballot box.

As a part of DemList’s mission to profile the good work of the democratic family, we are happy to highlight one of the DNC’s most important constituency organizations...