At midnight Sunday night, the largest union strike in over a decade began as approximately 50,000 United Auto Workers members, following expiration of their contract, went on strike against General Motors.

General Motors wants employees to pay a greater portion of their health care costs, and to increase work force productivity and flexibility in factories. 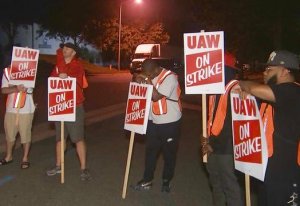 The Industry
GM, one of the "big three" US automakers, along with Ford Motor Company and Fiat Chrysler, is faced with declining auto sales and multi-billion-dollar technology investments in developing electric and self-driving vehicles -- considered the future of the industry.

According to the Alliance of Auto Manufacturers, more than 220,000 people work in car manufacturing and the broader industry supports nearly 10 million jobs, historically accounting for 3% of the gross domestic product (GDP).

General Motors led global annual vehicle sales for 77 consecutive years from 1931 through 2007, but suffered major losses that year amidst a shrinking US market, a pending recession, and a two-day strike by 73,000 union members -- the last time the UAW executed a major strike action.

In 2009 GM filed for bankruptcy, followed by a federal bailout. According to the Center for Automotive Research, the GM bailout saved 1.2 million jobs and preserved $34.9 billion in tax revenue.

Employees point to their role in helping turn the company around, making major concessions when the company went bankrupt. 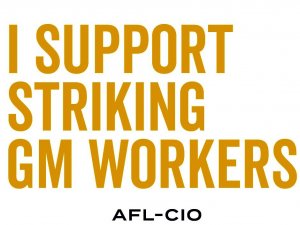 Today General Motors is still among the world's largest automakers, with manufacturing across the midwest and south in the US, and in 37 countries. Their major auto brands include Chevrolet, Buick, GMC and Cadillac.

The Standoff
On Sunday, GM issued a statement detailing its most recent offer, including higher pay and profit sharing, along with a commitment to invest $7 billion in its US plants to preserve 5,400 jobs.

That includes jobs in two of four plants currently slated for closure, one in Detroit and one in Lordstown, Ohio. GM has purportedly pledged to keep open the Detroit Hamtramck location to build a new electric truck, and to build new batteries for electric vehicles in Lordstown or a nearby location, with a promise to begin work sometime in the next four years if the offer is accepted.

In the interim, the strike means an immediate halt to GM's US production in the United States, at a potential cost to the automaker of more than $300 million a day -- the cost of the 2007 strike.

For union members, it means no pay during the shutdown and reliance on strike pay of $250 a week while out of work. Loss to GM's US profits also means a decrease in their annual profit-sharing checks sent out each March at an average of $11,000. 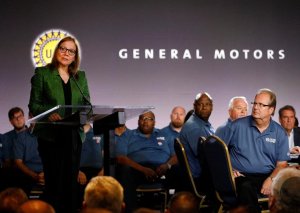 The strike comes amidst a federal investigation of some UAW officials and at least two Fiat Chrysler executives involving misappropriation of travel and personal spending.

During the work stoppage UAW is delaying its normal four-year renegotiations with Ford and Fiat Chrysler, which is standard when dealing with any one of the three Detroit automakers.

In solidarity, other unions, as well as most of the presidential candidates, tweeted out support for the autoworkers. The International Brotherhood of Teamsters (IBT), which handles a major portion of the transportation of GM's products within the US, announced its members will not cross picket lines to deliver vehicles to dealers.

GM, however, has said that its dealerships have enough vehicle inventory to meet sales and market objectives for an estimated 77 days. We can only hope an agreement doesn't take that long.