While the presidential election dominates the news, taking control of the US Senate is almost, if not as, critical to Democratic hopes of passing significant legislation beyond 2020.

THE SENATE
Current Count: *47 Democrats to 53 Republicans
*Includes two Independents who caucus with the Democrats

Most are considered "safe" or "likely" Democrat, with one exception.

Alabama
On December 12, 2017 Doug Jones defeated Roy Moore (R) to win the special election to replace Senator Jeff Sessions, who would have been up for re-election in 2020, but resigned mid-term to become US Attorney General under President Trump.

In one of the country's most conservative states, Jones, a former federal prosecutor, beat Moore, an evangelical former Alabama State Supreme Court Chief Justice, 50% to 48.3%.

Jones, 65, first made his name as a Clinton-era US Attorney who, in 1998, re-opened and successfully prosecuted two Klansmen for the deaths of four girls killed in the 1963 Birmingham church bombings case.

Moore's 2017 candidacy was the focus of national attention for his history of bigotry and defiance, as a twice-removed Justice who refused to remove a religious statue from the rotunda of the state judicial building, and later for directing probate judges not to issue marriage certificates to gay couples. 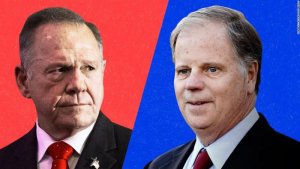 Last week Roy Moore, 72, announced he was seeking a rematch against Jones, striking fear in the hearts of Republicans who are hoping to recapture the seat that Sessions held for 20 years.

With the presidency up the same year, in a state which Donald Trump won with 62.1%, they hope to recruit a more viable candidate for the nomination -- perhaps even Sessions himself.

Alabama's senior Senator, Richard Shelby, who is behind the effort to recruit Sessions, has already publicly said he would not personally vote for Moore. Sessions, who was forced out as Attorney General in November, 2018 by President Trump, would have until November 8, 2019 to file his candidacy.

At least four other Republicans have, or are expected to, declare their bids for the office, including Congressman Bradley Byrne, State Representative Arnold Mooney, former Auburn University coach Tommy Tuberville and Alabama Secretary of State John Merrill. If no one candidate secures 50%+ of the primary vote, then the top two will go to a runoff on April 14, 2020. 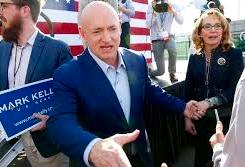 With almost twice as many seats up, the GOP is facing a number of serious challenges.

Arizona
In 2020, Arizona will hold a special election to elect the permanent successor to the late Senator John McCain (R), who passed away in August of 2019.

Interim US Senator Martha McSally, who ran unsuccessfully in 2018 against Kyrsten Sinema (D) for the seat vacated by retiring Senator Jeff Flake (R), must now defend the seat she has held since appointed by the Governor last December.

McSally, who narrowly lost to Sinema, 47.6% to 50%, in the 2018 bid, is a former Congresswoman, US Airforce Colonel and combat veteran. Although a strong candidate, she is facing stiff general election opposition in former astronaut Mark Kelly. 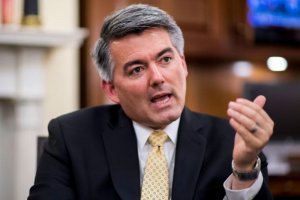 Kelly is co-founder of Americans for Responsible Solutions, a nonprofit that advocates "commonsence gun laws," along with his wife, former Arizona Congresswoman Gabby Giffords, who served from 2007-2012 when she resigned following serious injury in a gun shooting.

Colorado
First term Republican Senator Cory Gardner, who is up in 2020, is considered by some to be the GOP's most vulnerable incumbent.

Until Barack Obama won the state in 2008, Colorado had voted Republican in every US Presidential Election since 1964, but the state has continued to veer Democratic, and has elected a Democratic governor for 22 of the past 30 years. Colorado's senior Senator is Democrat Michael Bennet, now in his third term, and running for president. 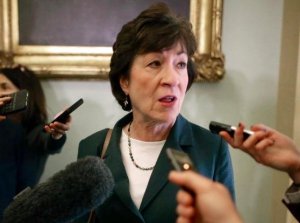 Maine's Susan Collins, one of two Republicans up in states won by Hillary Clinton in 2016 (Chip Somodevilla/Getty)

Former Colorado Governor and current presidential candidate John Hickenlooper has said he is not interested in the Senate.

A January, 2019 SMART/DFM Research Survey of Colorado residents over the age of 18 showed Cory Gardner (R) trailing a generic Democratic candidate 38% to 46%.

Other top red to blue targets include Republican Senators David Perdue in Georgia, Susan Collins in Maine, and Thom Tillis in North Carolina.

May 27, 2020 Among the most critical battles of 2020 are those being waged at the ground level in the state legislatures, where control of one or both chambers will determine which party controls...

June 6, 2017 President Trump’s decision to withdraw the United States – the world’s largest producer of carbon emmissions and, until now, a global leader in the fight for climate...

January 20, 2021 Inauguration Day is here! In just hours Joseph Biden and Kamala Harris will be sworn in as President and Vice President of the United States — closing out a painful chapter...