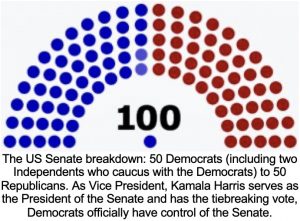 The Outlook
Now just seven months from the November 8, 2022 midterm elections, there are nine US Senate seats that will decide control of the upper chamber, with five of those currently considered a "Toss Up" in Arizona, Georgia, Nevada, Pennsylvania and Wisconsin.

The Other Races To Watch
That leaves four additional pivotal races which narrowly favor one party or the other, any one of which could tip the balance of power.

In the country's largest bellwether state, which Trump won by 3.3% in 2020, incumbent Republican Marco Rubio is facing his most serious reelection challenge since being elected in 2010. The Cuban-American, 50, was briefly a candidate for the 2016 Republican presidential nomination but suspended his campaign after coming in a distant second to Donald Trump in the Florida Republican primary. He instead sought reelection to his Senate seat, successfully fending off a challenge by Democratic nominee Patrick Murphy, 52% to 44.3%. He faces nominal primary opposition this year. 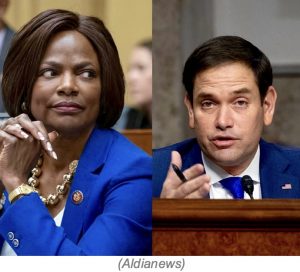 Demings, 65, was first elected in 2016 and was reelected in 2020 with 63.6% in the Orlando-based 10th District. She previously spent 27 years with the Orlando Police Department, including the last four as Chief, the first woman to hold the position. A member of both the House Intelligence and Judiciary Committees, Demings gained national recognition as one of the House managers in former President Donald Trump's first impeachment trial. She was also on candidate Joe Biden's shortlist as a potential vice-presidential pick in 2020.

The Florida Governor's race will also be on the ballot, where incumbent Republican Governor Ron DeSantis is leading Democratic frontrunner and Congressman Charlie Crist by 20% in recent polling.

Democratic Senator Maggie Hassan, who unseated first-term Republican Senator Kelly Ayotte in 2016 by less than 800 votes, is among the battleground races of 2022. Hassan, who served as Governor from 2013 to 2017, is only the second woman in American history to be elected both Governor and United States Senator, along with fellow New Hampshire Senator Jeanne Shaheen. She previously served in the New Hampshire State Senate from 2004 to 2010, during which time she served as Majority Leader, President Pro Tempore, and Assistant Democratic whip. She is unchallenged in the primary.

Hassan's chief Republican opponent is former US Army Special Forces Brigadier General Donald Bolduc. He was a candidate for the US Senate in 2020, coming in second with 42.30% to GOP nominee Corky Messner's 50.26%. Shaheen won the general election in 2020 by 15%.

Bolduc trails considerably in fundraising, having reported raising just $280,000 as of December 31, 2021. Hassan, who had amassed $12.39 million by the end of 2021, announced this week that her campaign will be posting a record-breaking $4.3 million fundraising haul for the first quarter of 2022. Hassan's reelection campaign also announced a $13 million reservation in fall airtime ahead of November’s midterm elections. 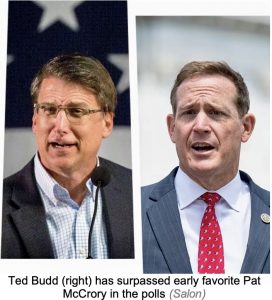 North Carolina was also home to one of the closest 2020 US Senate contests, which drew the most satellite spending of any congressional race in history, and ended with incumbent Thom Tillis (R) fending off Democratic challenger Cal Cunningham by just 1.8%.

Congressman Ted Budd (13th CD), who has Trump's endorsement, is leading the Republican field in polling out this week. An April 2-4, 2022 Emerson College survey of likely voters showed Budd with 38%, followed by former Governor and former Mayor of Charlotte Pat McCrory, who has Burr's endorsement, at 22%. Former Congressman Mark Walker (6th CD) garnered 9%, and the remaining candidates totaled 9%, with 23% undecided (MOE ± 3%). 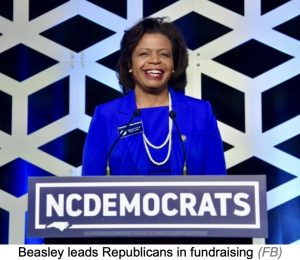 If no one candidate wins the May 17th primary by at least 30% of the vote plus one, then the top two will go to a primary runoff election, scheduled for July 26. 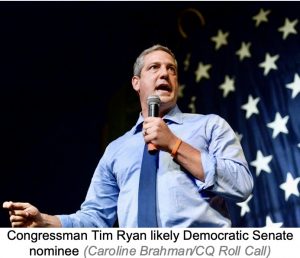 Two-term moderate Republican Senator Rob Portman (R) is not seeking reelection in 2022. The traditional battleground state went for Trump by eight points in 2020, breaking the state's record of voting with the winning presidential candidate since 1960.

The University of Akron poll shows Mandel and Gibbons in a statistical dead-heat, with 22% and 21% respectively. "Hillbilly Elegy" author and venture capitalist J.D. Vance secured 10%, former Ohio Republican Party Chair Jane Timken 6%, other candidates 4%, and 34% of respondents were undecided. 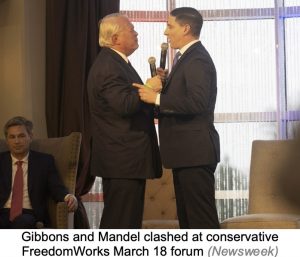 Former President Donald Trump has not endorsed in the primary.

June 6, 2017 President Trump’s decision to withdraw the United States – the world’s largest producer of carbon emmissions and, until now, a global leader in the fight for climate...