While less than half of the seats up next November are considered competitive, each one of the top ten is critical to control of the United States Senate in 2022. 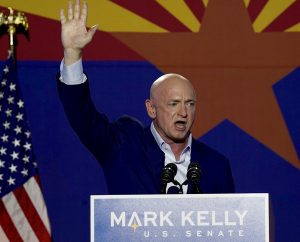 Incumbent Democratic Senator Mark Kelly (D) was elected in the November 3, 2020 special election to fill the remaining term of the late Senator John McCain (R). Kelly unseated interim Senator Martha McSally (R) 51.17% to 48.82% and is now up for reelection to a full term. He is unopposed in the primary.

Arizona Attorney General Mark Brnovich, a libertarian-leaning Republican who has served as the state's top prosecutor since 2015, is the most well-known GOP contender. In addition to having run statewide, his name is attached to last month's high-profile Brnovich v. the Democratic National Committee case in which the Supreme Court upheld Arizona's suppressive voting laws. 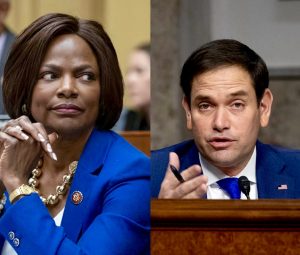 Demings is just 2% behind Rubio in latest polls (Aldianews)

In the country's largest bellwether state, which Trump won by 3.3% in 2020, incumbent Republican Marco Rubio is facing his most serious reelection challenge. 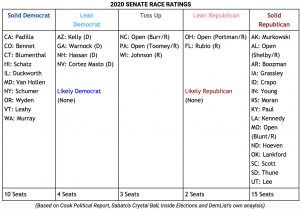 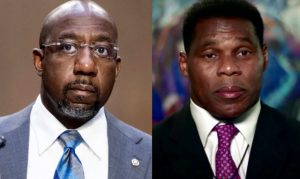 Georgia Bulldog legend and former professional football player Herschel Walker, who is endorsed by former President Donald Trump, announced his candidacy August 25th, immediately putting him at the top of the Republican field.

If Walker clears the primary, it would set up a rare general election contest between two Black major-party candidates. Some have already put this race in the toss-up category, but it remains to be seen how Walker, a first-time candidate who has tweeted about the "stolen election" and conspiracy theories related to January 6th, will fair under a hotter political spotlight. 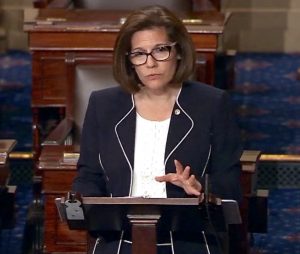 Cortez Masto, who previously served at Nevada's Attorney General, is the first-ever Latina elected to the United States Senate and served as Chair of the Democratic Senatorial Campaign Committee in the 2020 cycle.. She was also on President Biden's shortlist for vice president but withdrew her name from consideration.

In the battleground state that Biden won by just 2.4%, Cortez Masto's major Republican challenger is Adam Laxalt, who succeeded her as Attorney General in 2016, and was the 2018 GOP nominee for governor.

Laxalt, who lost the 2018 governor's race by 4% to Democrat Steve Sisolak, is the son of former New Mexico US Senator Pete Domenici and the grandson of former Republican Nevada Governor and US Senator Paul Laxalt. He was also co-chair of Trump's Nevada campaign.