While the country awaits the outcome of the presidential, possibly in the next 24 hours, the balance of power in the U.S. will not be determined for another two months. 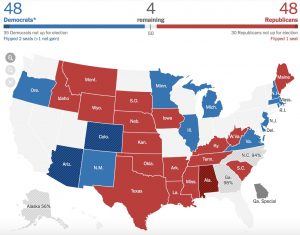 On November 3rd, Democrats were defending 12 seats compared to Republicans, who were defending 23. Republicans flipped one seat in Alabama and held onto vulnerable seats in Iowa, Kansas, Maine, Montana, and South Carolina. 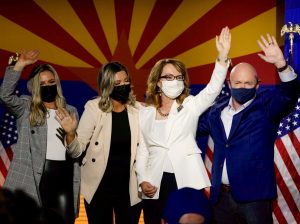 Democrats defeated Republican incumbents in Arizona and Colorado, and successfully defended against a strong challenge in Michigan.

While Democratic dreams of taking control of the Senate were dashed election night, the chance of an evenly split upper chamber is still within reach, as the count comes down to four outstanding seats.

Although incumbent Republican Senators Dan Sullivan in Alaska, and Thom Tillis in North Carolina, appear to be headed toward reelection, the two Senate seats in Georgia are expected to go to a runoff January 5th.

In Georgia, candidates of both parties run in an open election and if no one candidate secures over 50% of the vote, then the top two candidates advance to a runoff election. 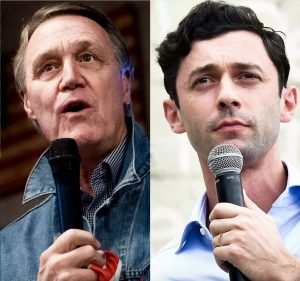 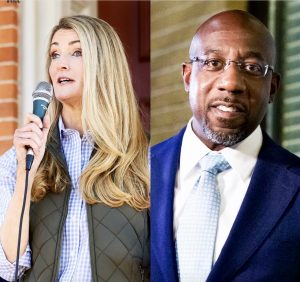 Georgia is also among the six states still outstanding in the presidential race, with Joe Biden currently leading Donald Trump in the Peach State by approximately 1,600 votes at 49.4% to 49.4%. If Georgia and its 16 electoral votes go to Biden before the other states are called, it would bring the former Vice President to just one electoral vote away from victory.

Georgia Secretary of State Brad Raffensperger (R) announced today that the narrow margin in the presidential race means the state will be conducting a statewide recount.

March 17, 2022 At now less than eight months before the midterm elections, the number of members departing the US House of Representatives stands at 48. Congressmen Fred Keller (R-PA) and Ted...