The 52nd anniversary of Earth Day was on Saturday, shining a light on the status of the planet. Mother Earth is pleading with us to listen. 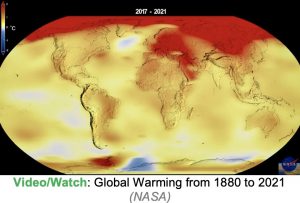 Status of the Planet
While the pandemic provided an initial reprieve from the daily pollution and environmental impact of mass transportation, manufacturing and energy consumption, the climate catastrophes of the last few years are a stark reminder of the damage already caused to the planet.

Climate change is a human-caused, global phenomena created predominantly by burning fossil fuels, such as oil, coal and gas, which release carbon dioxide (CO2), methane and other gases into the Earth's atmosphere and oceans.

Global Warming: The last decade has witnessed the warmest temperatures on record since global records began in 1880. Since then, the planet's average surface temperature has risen about 2 degrees Fahrenheit (1 degrees Celsius), a change driven largely by increased carbon dioxide emissions. 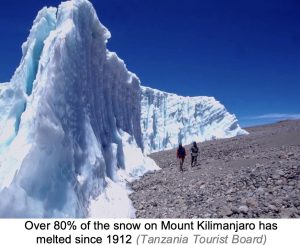 Greenhouse gases: The largest source of greenhouse gas emissions, which trap heat and make the planet warmer, come from burning fossil fuels for electricity, heat, and transportation. In 2020, according to the EPA, that broke down to: transportation (27%), electricity production (25%), industry (24%), commercial and residential (13%), agriculture (11%) and land use and forestry (13%).

Sea Levels: A consequence of higher temperatures is the melting of the polar ice caps, which is causing sea levels to rise. The Earth's antarctic glaciers have been losing up to 390 billion tons of ice and snow per year, fueling projections that the global mean sea level could rise by 4.3 feet by 2068. The rate in the last two decades alone is nearly double that of the last century and accelerating slightly every year.

Since 1950, the number of record-high temperature events in the US has been increasing, causing a shift in the seasons, with falls, winters, and springs growing shorter, while summer extends into the traditionally cooler months. 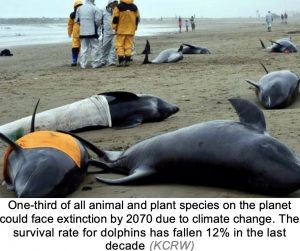 The Status of the US
On January 20, 2021, day one of his administration, President Joe Biden signed an executive order reinstating the United States into the Paris Agreement and reversed several of Trump's actions that had weakened environmental protections.

Biden also established the historic Justice40 initiative to commit at least 40% of the overall benefits from federal investments in climate and clean energy to overburdened communities.

In April of 2021, Biden hosted the Leaders Summit on Climate, attended by 40 world leaders, to underscore the urgency of climate action and to restore the United States' credibility on the international stage. 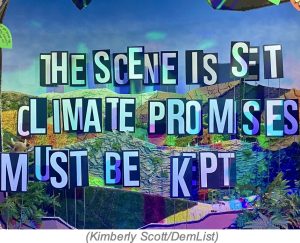 In November of 2021, President Biden was among 120 heads of state who attended COP26 in Glasgow, Scotland. It was the 26th meeting of the Conference of Parties (COP), or signatories, to the United Nations Framework Convention on Climate Change (UNFCCC) and the third meeting of the parties to the Paris Agreement (CMA3).

The objective of COP26 was to bring parties together to accelerate action towards the goals of the Paris Agreement and the UNFCCC, to reach global net-zero carbon emissions targets by mid-century, and to mobilize public and private finance to support those on the frontline of the climate crisis.

Congress, meanwhile, has largely failed to pass climate legislation. Negotiations continue to develop a slimmed-down version of Biden's climate and economic Build Back Better Act, which failed to get through the US Senate.

In the interim, the White House has said that while the President is intent on getting legislation through Congress, the administration will continue to roll out its own "robust executive actions" on environmental justice.