The official news came at about 6:00pm last night that Republican Senator Susan Collins (ME) would vote NO on Graham-Cassidy -- the GOP's third major attempt at passing a bill to repeal and replace Obama's Affordable Care Act. 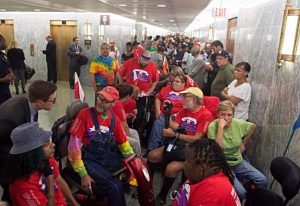 Senator John McCain's No-vote announcement Friday laid the groundwork for the bill's demise, but Collins all but sealed the deal, leaving the count at least one vote short of the 50 Republicans would need for passage by September 30th.

Under parliamentary "reconciliation" rules Republicans have until the end of the month to pass repeal with 51 votes rather than the usual 60.

Key Objections to Graham-Cassidy
* The Congressional Budget Office analysis reported the GOP bill would cut roughly $1 trillion to Medicaid and have "a substantially negative impact on the number of people covered by insurance."

*  An estimated 32 million, predominantly low and middle-income Americans, would be uninsured by 2026 (up from 22 milion under previous proposals).

*  The Bill replaces ACA's Medicaid expansion, premium credits and cost-sharing subsidies with block grants to the states -- providing a level of unchecked discretionary power in distributing and regulating health insurance in the individual market. 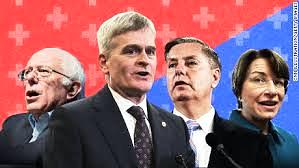 *  States would be allowed to charge higher premiums to people with pre-existing conditions and opt out of certain benefits covered under ACA, such as mental health, maternity, emergency care and substance abuse treatment.

*  According to S&P Global Ratings, Graham-Cassidy would result in 580,000 lost jobs and $240 billion in lost economic activity through 2027.

It was therefore no surprise when, at 3:00pm today, Senate Republican leadership announced, in the face of defeat, that they were abandoning this week's planned vote.

The failure to bring another healthcare reform bill to the floor shines a light on Trump's "0" record on legislative achievements and another unkept promise to his supporters.

McConnell was quick to say they will be focusing their efforts on Tax reform, which is likely to consume lawmakers' time through this year.

Whether they will be willing to resume efforts during an election year, in an already tumultuous political environment, remains to be seen.

But for now, Obamacare, and the healthcare coverage it provides to 20 million Americans, is still the law of the land.