In the ongoing battle for control of state legislatures, special elections offer an opportunity for political parties to inch closer to their goal of a majority in either State Senate or House chambers.

Ultimate control of state legislative chambers will be critical to the outcome of who controls the 2021 redistricting process in each state. 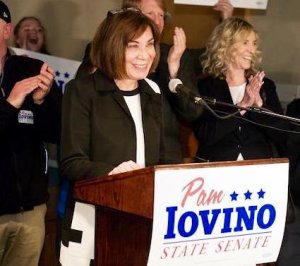 Despite historic gains in 2018, when Democrats flipping from red to blue over 400 state legislative seats, Republicans still control 61 of the state chambers. Democrats hold the majority in 37 chambers, and one chamber, Alaska, shares power between the two parties.

In 2019, however, of 55 state legislative special elections that have been scheduled or held in 22 states, Republicans have so far flipped four seats from blue to red. Democrats have flipped one seat, Pennsylvania's State Senate District 37 (April 2nd), and in Louisiana, State House District 62, went from Republican to Independent. 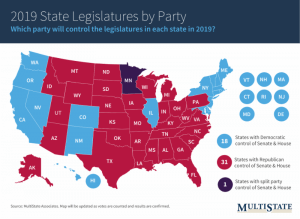 There are four states with legislative elections in 2019, including Louisiana and Mississippi, where Republicans hold solid majorities in both chambers. In New Jersey, where Democrats control the State House and Senate, just the House is up this year.

September 6, 2018 It is that time.  With 60 days until the November midterm elections, these are the most targeted, or vulnerable, Republican seats in the US House of Representatives — 63 in...