There are 35 of the 100 US Senate seats up for election November 6, 2018.  With every Trump drama, speculation on which party will ultimately control the Senate has shifted.

Now just 21 days away from the election, however, the outcome will be determined by the results of essentially the same key races, with some changes to their ratings. 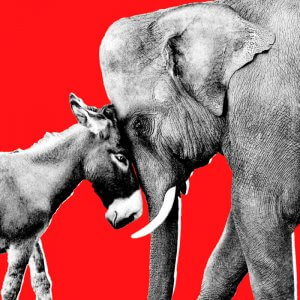 Although most of the Democrats are favored to win re-election, and have the mid-term advantage favoring the party outside the White House, the odds are skewed in Republicans' favor, with Democrats defending 26 seats to Republican's nine.

Democratic incumbents in "red" states, where Trump won in 2016, are most vulnerable.  Those  include Florida, Indiana, Montana, Missouri, North Dakota and West Virginia.

For the GOP, their greatest challenge is defending the open seats in Arizona and Tennessee, as well as incumbent re-election battles in Nevada and Texas.

As always, the end result will come down to which party gets the vote out!

2018 US Senate Elections Update
Ratings based on a review of The Cook Political Report, Sabato's Crystal Ball, Rothenberg and DemList's final call.

November 1, 2022 Now just one week out from the November 8, 2022 midterm elections, the battleground state of Wisconsin is at the center of the fight for control of the US Senate. Senator Ron...