At four days away from Election Day, control of the US Senate will come down to a handful of races, and be the ultimate test of whether President Trump is an advantage or liability to his own party. 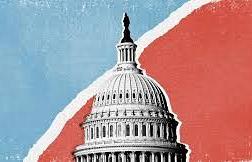 35 of the 100 US Senate seats are up for election next Tuesday, with Democrats defending 26 seats to Republican's nine.

Democratic incumbents in "red" states, where Trump won in 2016, are most vulnerable. Those include Florida, Indiana, Montana, Missouri, North Dakota and West Virginia.  New Jersey, traditionally a blue state, is now on the list.

For the GOP, its greatest challenge is defending the open seats in Arizona and Tennessee, as well as incumbent re-election battles in Nevada and Texas.

As always, the winners will depend on which party gets the vote out!

Blue/Red=Held by Democrat/Republican. If Independent, grouped with aligned Party. MOE=Margin of Error