Among the professional constituencies producing new members motivated to run by President Trump's attacks on their livelihood are scientists or STEM candidates - those who work in the areas of Science, Technology, Engineering, and Mathematics. 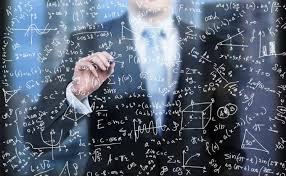 During the campaign Trump railed against climate change as "a hoax" and during transition, in a veiled threat to the scientific community, famously asked for a list of all employees who had worked on global warming from the Department of Energy.

Trump stacked his cabinet with individuals on the STEM public enemies list of naysayers on the environment, climate change, science and related funding and research, including DOE Secretary and former Texas Governor Rick Perry, who advocated for elimination of DOE during his own presidential campaign.

Trump's Environmental Protection Agency Director, Scott Pruitt, has ousted half of his agency's scientific advisory board, and Interior Secretary Ryan Zinke has reassigned over two dozen senior staffers who work on environmental issues. 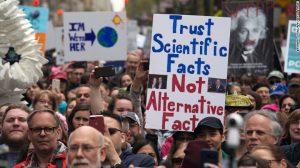 Current Congress
According to the Congressional Research Service, just 41 of the 535 Members of the 114th Congress have a   background in medicine, science, or engineering, and just five of those self-identify as having occupations in science.

With few defenders in Congress, Democrats are rising to the call with the help of a new group, 314 Action (named for the first three digits of Pi).

The PAC, lead by former Pennsylvania Congressional candidate and Chemist, Shaughnessy Naughton, was created to recruit, train and support STEM candidates at the federal, state and local level, and to advocate "for evidence-based policy solutions to issues like climate change, and fighting the Trump administration's attacks on science." Since its founding, over 6,000 scientists have contacted 314 Action about running for office.

List is based on numerous research sources and may not be complete.

November 15, 2018 Labor has long been a driving force in elections, and the 2018 midterms were no exception. In a historic, and critical, election for working people, labor not only played a...