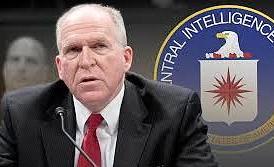 "It should gravely worry all Americans, including intelligence professionals, about the cost of speaking out ..My principles are worth far more than clearances. I will not relent" -- Brennan

Brennan, who served as Director of the CIA from 2013 to 2017, has been an outspoken critic of Trump's, most recently calling the President's performance during the Helsinki press conference with Russian President Vladimir Putin "treasonous."

Former intelligence and law enforcement agency leaders traditionally keep their security clearances for institutional continuity, and to be able to consult with their successors should their expertise be needed.

In an August 15th statement read by White House Press Secretary Sarah Sanders, Trump accused Brennan of making "a series of unfounded and outrageous allegations - wild outbursts on the internet and television - about this Administration."

The flagrant abuse of Presidential power for political retribution against an individual exercising his constitutional right to free speech was met with an immediate bipartisan firestorm of criticism from the public and the intelligence community.

13 former senior intelligence officials, including the CIA Directors for every presidential administration going back to Ronald Reagan, released a statement of condemnation.

On Friday, 60 former CIA officers signed a similar letter opposing Mr. Trump's decision, reiterating that officials should have "the right to express their unclassified views on what they see as critical national security issues without fear of being punished for doing so."

By Monday morning, the number of senior security alum who had signed on was over 400.

Brennan's confidential clearance is the first to be officially revoked since Trump's July 23rd announcement that he would be reviewing the security clearances of a number of ex-Obama officials.  The list also includes FBI and Justice officials who are involved in the Russia-Trump investigation regarding interference in the 2016 presidential election. 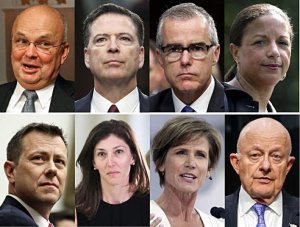 Unbeknownst to Trump, Comey and McCabe gave up their security clearances when they left the Administration.

Sources: WashingtonPost, USAToday, CBSNews, MSNBC, Yahoo
DemList will not be publishing on Fridays during the August Congressional recess

December 18, 2018 Amidst the firestorm of other headline news, an unhappy public is facing a partial shutdown of the United States Government. In a December 11-16 USA Today/Suffolk University...