It appears that Democrat nominee Archie Parnell will be facing Republican Ralph Norman in South Carolina's 5th Congressional District (CD) Special Election June 20th, but not before Norman faces a recount in yesterday's run-off for the GOP nomination. 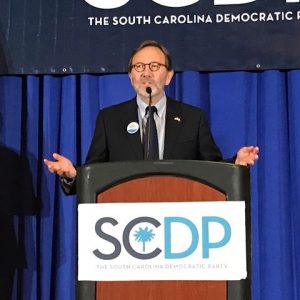 The traditionally Republican district is one of 5 special elections in 2017, four of which were vacated by Members to join President Trump's cabinet.

Norman, a sitting State Representative, beat House Speaker Pro Tem Tommy Pope by 203 votes with 50.3% to 49.7%, but the less than 1% margin triggers an automatically recount by the state.

Republicans won the April 11th Kansas Special Election by 7%, but Ron Estes' (R) single digit victory over Democrat James Thompson is a far cry from Trump's 27% victory over Clinton in the District in November.

Democrats still hope to parlay the anti-Trump wave into potential victories in their quest to flip the 24 GOP seats needed to retake control of the House.

In next Thursday's, May 25th Montana Special Election, country musician Rob Quist (D) will face former Gubernatorial nominee Greg Gianforte (R). The district, which has been Republican for 20 years, voted Trump 57%-Clinton 36%. Quist's unexpected fundraising boon of $3.3 million has made this a contested race. 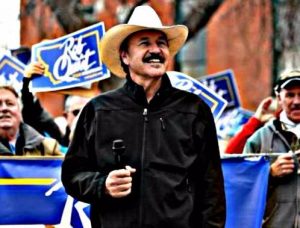 But all eyes are on the end-game -- the June 20th Georgia Special Election to fill HHS Secretary Tom Price's seat, where Democrat Jon Ossoff, a 31 year-old former Congressional aide, is in a dead-heat race with Republican and former Georgia Secretary of State Karen Handel.

The 6th CD contest, now the most expensive House race in history with over $30 million spent in advertising, has also become a referendum on gaging the voter's political pulse.

With Trump's approval rating under 40%, and the excalating controversy surrounding the Russian connection investigation and his firing of FBI Director James Comey, the landscape is ripe for gains. It is up to the Democratics to turn them into victories.

Remaining 2017 Special Elections
Congressional Districts & Candidates
Check the Dailys for updates and pass it on!
DemList
Connecting you to The Party
Connecting you to Each Other
Kimberly Scott
Publisher
Help DemList with a Contribution Here Today!
Follow DemList on Facebook and Twitter
Sources: WashingtonPost, Politico, Ballotpedia, FiveThirtyEight