Yesterday's mass shooting in Texas brought to almost 1,000 the number of US citizens who have died from gun violence since the deadly massacre in Las Vegas - just one month ago.

The Nevada massacre, which killed 59 and injured over 500, was the largest in American history. The killing spree Sunday in Sutherland Springs, Texas, was the deadliest shooting in the Lone Star State's history. 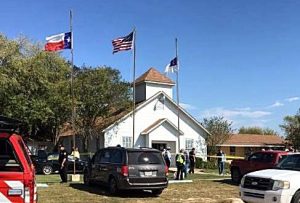 First Baptist Church, where 26 were gunned down, including Pastor's 14-year old daughter

In the small town of 600, 26 were killed when a former Air Force veteran, discharged for bad conduct, opened fire with a semi-automatic, Ruger AR-556 rifle.

Victims ranged in age from 18 months to 77 years old. At least 12 were children - the highest death toll of children since the 2012 Sandy Hook murders.

According to the Journal of Pediatrics, an average of 1,297 children die annually from guns. 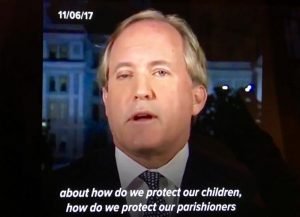 While public figures across the country condemned the shooting, calling for responsible gun control, Texas Attorney General Ken Paxton (R) called for more armed security in churches and the ability for parishioners to carry concealed weapons.

Some lawmakers placed the blame solely on the shoulders of Congress.

"As long as our nation chooses to flood the country with dangerous weapons and consciously let those weapons fall into the hands of dangerous people, these killings will not abate."  -- Senator Chris Murphy (CN-D), whose former congressional district included Sandy Hook Elementary. 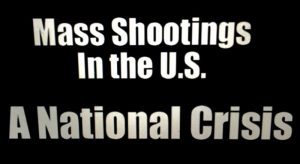 "Mass Shootings in the U.S. - A National Epidemic" (watch!)

"I hope this video this is seen far and wide and is never forgotten. Gun violence is a U.S. crisis. It's up to every elected official to take a stance in fighting for common sense gun laws - background checks, close the gun show loophole, encourage responsible gun ownership, vote NO on gun silencers, vote NO on concealed carry reciprocity...to name a few solutions."
-- Lisa Plawchan, Producer, DTV Knoxville

President Trump's response: "A little bit too soon" to talk about gun policy after shooting.

When is too soon? Ask the Holcombe family, who lost eight family members Sunday.

March 1, 2019 In December of 2015, Otto Warmbier, a 21-year old University of Virginia student from Cincinnati, Ohio, was traveling in China for a study abroad program when he decided to take a...