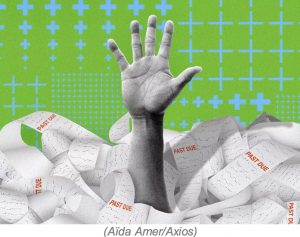 President Joe Biden has delivered on his campaign promise to reduce student debt, unveiling an unprecedented plan to provide up to $20,000 in federal student loan cancellation for millions of low-to-middle-income borrowers.

More than 43 million Americans have federal student debt, totaling over $1.6 trillion. According to federal data, almost a third owe less than $10,000 and more than half owe less than $20,000.

The plan is expected to eliminate student debt entirely for an estimated 20 million people and wipe away at least half for millions more.

Release of the long-debated plan comes with some political risk following a string of legislative accomplishments for Biden which have breathed life, if not momentum, back into his policy agenda. 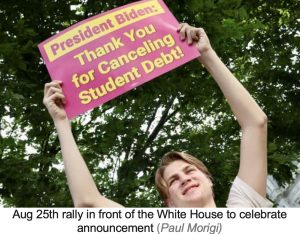 Republicans are criticizing the fairness of the broad debt forgiveness and claim the plan will benefit those with higher take-home pay.

But close to 40% of borrowers burdened by student loans never completed their degrees. That means they also don't get the income boost of a bachelor's degree or skilled training program. According to the DOE, nearly 90% of relief will go to those earning $75,000 a year or less.

The Roosevelt Institute also argues that canceling student debt would not be inflationary, particularly because higher wealth is unlikely to drive spending.

The Biden Administration's Student Loan Debt Relief Plan
The three-part plan, administered by the Department of Education will:

* Eligible borrowers are those whose individual income is less than $125,000 ($250,000 for married couples). No high-income individual or household in the top 5% will benefit.

Among the number of estimated borrowers eligible for the relief, 21% are 25 years and under and 44% are aged 26-39. More than a third are borrowers age 40 and up, including 5% of borrowers who are senior citizens.

* Targeting relief to borrowers with the highest economic need will also help advance racial equity. Black students are more likely to have to borrow for school and more likely to take out larger loans. They are also twice as likely to have received Pell Grants compared to their white peers.

* Extend the pause on federal student loan repayment for one final time through December 31, 2022. Payment will resume in January 2023.

* Repairing the Public Service Loan Forgiveness (PSLF) program, which provides a path to loan forgiveness for those working full-time in public service. Biden's plan will ensure borrowers who have worked at a nonprofit, in the military, or in federal, state, tribal, or local government, receive appropriate credit toward loan forgiveness.

The improvements build on temporary DOE changes to the PSLF, under which more than 175,000 public servants have already had more than $10 billion in loan forgiveness approved.

"Protect future students and taxpayers by reducing the cost of college and holding schools accountable when they hike up prices."
* The Biden Administration has already taken key steps to strengthen accountability, including reversing some of the policies weakened under the Trump Administration. The President championed the largest increase in Pell Grants in over a decade, and one of the largest one-time financial aid packages to colleges and universities through the American Rescue Plan. Part of the $40 billion in assistance was used for emergency student financial aid. 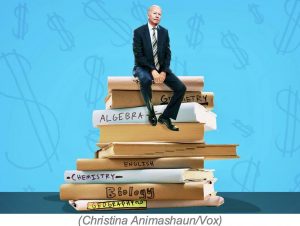 * DOE has re-established the enforcement unit in the Office of Federal Student Aid to hold accreditors’ feet to the fire. A new rule will hold career programs accountable for leaving their graduates with mountains of debt they cannot repay, a rule the previous Administration repealed.

* DOE will also publish an annual watch list of the programs with the worst debt levels in the country, and will request institutional improvement plans from the colleges with the most concerning debt on how they intend to bring down debt levels.

The White House has also said it is prepared for legal challenges, releasing a legal opinion last Tuesday in defense of the executive action, citing the HEROES Act.

The Act, passed in 2003 with bipartisan support, gives the Education Secretary broad authority to waive debt obligations amid a war or national emergency -- such as the ongoing COVID-19 pandemic. It has been utilized in the past by both Biden and Trump when he was in office. 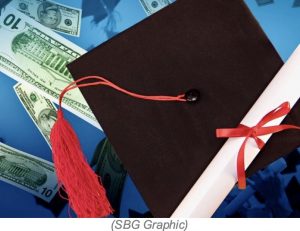