While the partisan legislative battles wage on in Congress, there is still one unsettled election challenge that may soon take center stage.

Last week the House Administration Committee voted to allow the challenge in Iowa's Second Congressional District to move forward, setting up a showdown for control of the closest federal election in almost four decades.

In the Hawkeye State's 2nd CD, Republican Mariannette Miller-Meeks was certified as the winner November 30th over Democrat Rita Hart by a six-vote margin following a recount. Miller-Meeks was provisionally sworn in January 3rd, but Hart has filed a challenge of the results that will now be settled in the House of Representatives.

On November 30th, election officials in Iowa certified Republican Mariannette Miller-Meeks after a recount showed her as the winner in the tightest race in the country, and one of the closest in federal history.

Hart, a former state senator, argued the recount was marred by errors and inconsistencies in how ballots were reviewed from county to county, resulting in thousands of ballots with recorded undervotes and overvotes not being examined for voter intent. 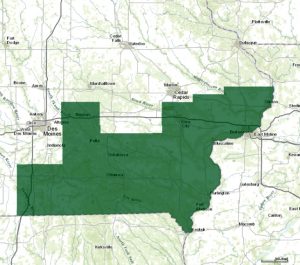 On December 22nd, Hart officially contested the election results to the US House Administration Committee. In the "notice of contest" filed with the House, Hart's campaign claims it has identified "at least 22 lawful ballots" that were incorrectly excluded from the count. The majority of those votes, but not all, were for the Democrat. In the 176-page challenge, Hart includes affidavits from those involved in the counting process, as well as from voters.

On January 21, 2021, Congresswoman Marianette Miller-Meeks filed a motion with the Committee to dismiss Hart's petition.

On February 19th, the House Administration Committee unanimously approved procedures to hear the Second District challenge, and on March 10th, voted 6-3, to table Miller-Meeks' motion "until the Committee considers the merits of this contested election case."

Next Steps
The committee will now consider the evidence in support of Hart's petition and make a report and recommendation to the full House.

Hart's filing asks the Democratic-led House to nullify the state-certified results, count the excluded ballots and conduct a uniform hand recount in the district's 24 counties.

Although the timing of the committee's investigation is undetermined, it sets the stage for the most significant debate of its kind since the famous 1984 election for Indiana's "Bloody" 8th District -- which played out dramatically in the halls of the US House of Representatives.

Tabulation errors, however, resulted in an adjustment to the count in two precincts, placing McIntyre as the winner by 34 votes. Indiana's Republican Secretary of State quickly certified McIntyre, without investigating other counties.

After a partial recount, McIntyre was up by 418 votes, but House Democrats argued that 4,800 citizens had been disenfranchised after their ballots were declared invalid under Indiana's strict election laws. Those included a sizable number of African American voters in the urban parts of the swing district. 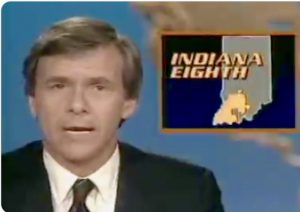 When McIntyre arrived on Capitol Hill on January 3, 1985, Democrats refused to seat him, and the House voted 238 to 177, along strict party lines, to keep the seat vacant pending a congressional investigation by a House task force. A new recount by the US General Accounting Office (GAO) was ordered, including ballots previously thrown out by Indiana election officials due to "technicalities" and "irregularities."

In late April, the task force determined that McCloskey had won by four votes, setting off a revolt by the GOP, which kept the House in session all night to prevent the chamber from conducting any business for three days.

Nevertheless, on May 1, 1985, after months of bitter wrangling, the House voted 236-190, largely along partisan lines, to seat McCloskey. In response, Republican House members marched out of the chamber in symbolic protest, boycotting McCloskey's swearing-in.