Tomorrow we officially honor our veterans, past and present, for their service to our country.

In honor of those who have served, and still sacrifice, a snapshot:

President Woodrow Wilson celebrated the first "Armistice Day" one year later and, in 1938, Congress declared November 11th a holiday "to be dedicated to the cause of world peace and to be thereafter celebrated and known as 'Armistice Day'." 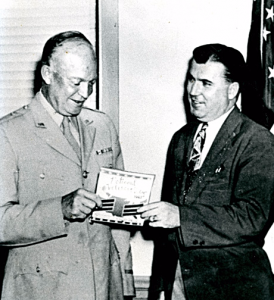 In 1946, WW II vet Raymond Weeks led a successful drive to expand the day to celebrate all veterans, not just those who died in WWI.

With the support of then Army Chief of Staff, General Dwight Eisenhower, the first celebration was held in 1947, and in 1954 Congress officially changed Armistice Day to "Veterans Day." 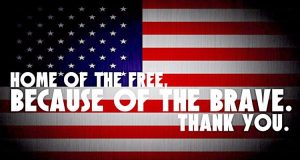 on any given night.

*  9% are female. 45% of all homeless veterans are African American or Hispanic.

*  Nearly half of homeless veterans served during the Vietnam era.
*  Two-thirds served our country for at least three years, and one-third were stationed in a war zone.

Approximately 11% of the adult homeless population are veterans.

Say thanks to a veteran and pass this on! 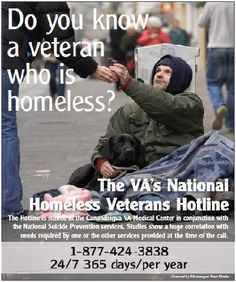