Another incumbent has added his name to the list of Members exiting Congress, bringing to a total five in the US Senate and fourteen in the US House. 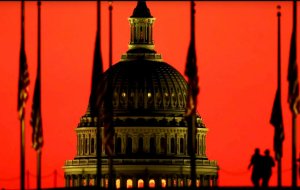 A majority of retirements are Republican (Mic)

Georgia Republican Senator Johnny Isakson announced Wednesday that he will retire at the end of 2019, citing "mounting health challenges."

Status of the Senate

Current Count: *47 Democrats to 53 Republicans
*Includes two Independents who caucus with the Democrats

The Democrats
In New Mexico, Tom Udhall's seat is expected to stay in Democratic hands, with the polls heavily favoring Congressman and former DCCC Chair Ben Ray Luján as his successor.
Most of the 12 Democratic Senate seats up are expected to successfully survive Republican challengers -- with one notable exception. 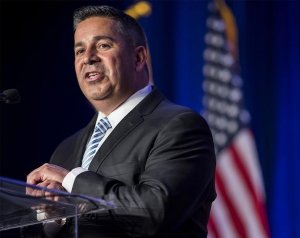 Alabama, where Democratic Senator Doug Jones is the first Democrat to represent the conservative state in two decades, is the GOP's top target.

In the historic contest, Jones beat embattled Republican Roy Moore in the December, 2017 special election to fill the seat vacated by Jeff Sessions (R). Moore, along with a least four other GOP contenders, has announced he will challenge Jones when the seat is up in 2020.

The Republicans
Of the 23 Republican seats up in 2020, at least six are considered in play, including now both seats in Georgia.

Under Georgia law, Governor Brian Kemp will appoint a replacement to serve through 2020, when an election will be held for a permanent successor. 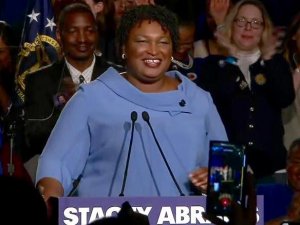 The announcement immediately sparked speculation that former State House Minority Leader Stacey Abrams, who narrowly lost the gubernatorial race to Kemp last year, would run. Abrams, however, shot down the rumors with a statement saying she is focused on leading voter protection efforts in key states across the country.

Isakson's departure means there are two 2020 Senate seats up for grabs in Georgia, a traditionally red state that is trending blue. The state's junior Senator, Republican David Perdue, is considered vulnerable with three Democrats vying to run against him.

Senate races held in a state in the same year historically break the same way.