Ten days after the deadly insurrection at the US Capitol building by supporters of outgoing President Donald Trump, and four days before the historic inauguration of Joseph Biden, the nation's Capital is on the greatest security lockdown in modern history.

Nerve Center
The inauguration has been classified a "National Special Security Event" by Homeland Security, putting the Secret Service in charge of security procedures, with the support of dozens of federal and state agencies.

HQ is the Secret Service's Washington field office, the Multi-Agency Command Center (MACC), which will coordinate representatives from over 50 agencies and companies from the FBI, Homeland, National Guard, Defense Department and Capitol, District and Park Police, to the gas company, rail company CSX and Amtrak. 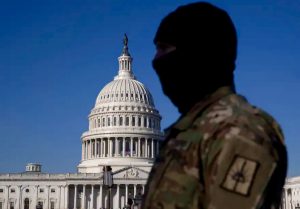 The Real Threat
The FBI has issued alerts warning of armed protests that are being planned at all 50 state capitols and the US Capitol between January 16th through January 20th, with an emphasis on this Sunday.

In briefings this week, Members of Congress were told that threats, among others, included attacks against their lives, coordinated attacks on the White House and/or the US Capitol during inaugural, among others.

Among the most dangerous were substantial threats of improvised explosive devices (IUDs) and calls from organized White supremacist groups calling for "MAGA" devotees to flood Washington in a "Million Militia March."

The National Park Service has closed the National Mall, which includes the Lincoln Memorial, Smithsonian museums and Washington Monument. Extensive fencing has been erected around the perimeter, including the area surrounding the White House. 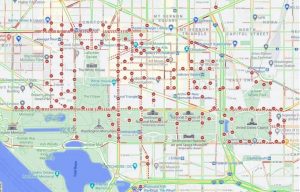 Areas near the US Navy Memorial and John Marshall Park have been designated as demonstration areas, with limited number of participants, for those holding permits only. 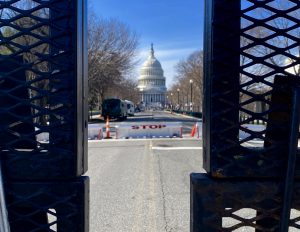 East Side of the Capitol Fortress Saturday (KimberlyScott/DemList) 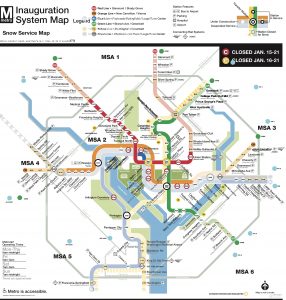 Metro
January 15 (Friday) - January 21st (Thursday)
Metro will close 13 stations inside the security perimeter, through Thursday. During this time trains will pass through the closed stations without stopping.

For the six-day period, trains will operate on a Saturday schedule (every 12 minutes on the Red Line/15 minutes on all other lines), and will pass through the closed stations without stopping.

Bus
January 15 (Friday) - January 21st (Thursday)
26 bus routes will be detoured around the expanded security perimeter. Metrobus will operate normal service on weekdays and weekends to accommodate customers making trips outside the zone, with the exception of January 20th, when buses will operate on a Saturday schedule.

Air
* Security has been increased in DC and at major airports across the nation.
* American has suspended alcohol service on flights to and from DC and Baltimore from January 16th-21st.
* Delta Air Lines, United, Alaska, American and Southwest are prohibiting checking guns to Washington-area airports from January 16th-23rd.
* The FAA announced a new directive, applicable through the end of March, of fines up to $35,000 for unruly air travelers or those who assault, threaten or intimidate crews. 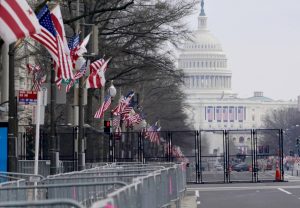 COVID Restrictions
The DC government currently requires visitors to test negative for COVID-19 within 72 hours of traveling, and to get tested within 3-5 days of arrival if you are visiting for more than three days.

Indoor dining in at DC restaurants has also been suspended through January 21st.