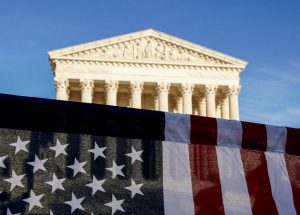 Yesterday the Supreme Court of the United States (SCOTUS) rejected Republican efforts to block extended vote counts in two key battleground states, Pennsylvania and North Carolina, ensuring that ballots mailed by Election Day, but not received until after, will be counted.

The rulings follow a Monday decision by the court to reject an effort by Wisconsin Democrats to extend that state's deadline for counting absentee ballots after the Election Day.

The decisions underscore the stakes at hand just five days before the November 3rd presidential election - and why it is unlikely the election will end then.

Pennsylvania
SCOTUS denied an emergency relief request to block a Pennsylvania State Supreme Court ruling in Republican Party of Pennsylvania v. Boockvar, that allows ballots that arrive up to three days after election day to be counted, as long as they are postmarked by election day.

The Court's decision, however, is not a ruling on the actual appeal to overturn the lower court's, but is just a denial to expedite a decision before election day -- leaving open the possibility of a post-election battle over the right to count thousands of ballots in the one of the election's most critical swing states.

Because this issue is still pending before the U.S. Supreme Court, county boards of elections have been issued guidance to log and separate ballots received after close of polls Election Day, but before the November 6th deadline. 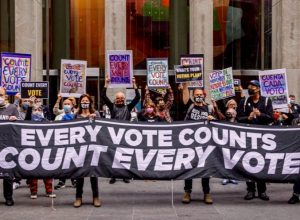 As is usually the case in emergency relief questions, no formal opinion was released by the court, but Justice Samuel Alito issued a statement saying, that while "it would be highly desirable to issue a ruling" before the election, "there is simply not enough time."

Alito's opinion, joined by Justices Clarence Thomas and Neil M. Gorsuch, reserves the right to revisit the case after the votes are counted and the election is over.

The Supreme Court let stand a lower court ruling in Moore v. Circosta that allowed the state's board of elections to extend the deadline for receipt of ballots to nine days after Election Day.

Normally, ballots postmarked by Election Day in North Carolina can be counted if they are received within three days of the election but, due to the pandemic, that was pushed to nine days.

Like Pennsylvania, however, the North Carolina decision may be revisited by the court, which means ballots cast in North Carolina may also be in danger of being invalidated after the election takes place.

Wisconsin
In Monday's Wisconsin decision, SCOTUS rejected an effort by the Democratic National Committee, Wisconsin Democrats and civil rights groups to reinstate an extension of the ballot return deadline that a lower court ordered due to the coronavirus in the crucial swing state. 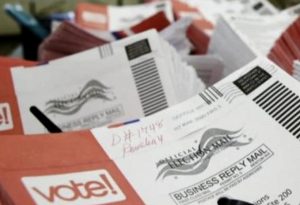 In late September, a federal district court in Wisconsin had extended the state's deadline for counting absentee ballots until up to six days after Election Day, but on October 8th, an appeals court blocked the order.

That means ballots must be received by the close of polls Election Day in Wisconsin, or not be counted.

In his brief opinion, Chief Justice John Roberts explained that he agreed with the 7th Circuit's decision because the case involved a federal district court ruling and, therefore, constituted a federal "intrusion on state lawmaking process."

Justice Elena Kagan dissented, saying that, given the pandemic, Wisconsin's "ballot-receipt deadline and the Court's decision upholding it, disenfranchise citizens by depriving them of their constitutionally guaranteed right to vote."

Other challenges to extended ballot counting and temporary voting laws are underway in Minnesota, Texas and other states, but we are unlikely to know which will be headed to the US Supreme Court until after the election.

What we do know is that Justice Amy Coney Barrett, whose confirmation sealed a 5-4 conservative majority on the Supreme Court, is expected to participate in post-election rulings.

Go to DemList's Election Protection Connection to check voter
protection and information resources in your state!

January 16, 2019 The Trump administration’s addition of a citizenship question to the 2020 Census is off the survey — for now. On Tuesday Judge Jesse M. Furman of the US District Court...