The controversial "travel ban," first issued just one week after Trump's inauguration, and without coordination or warning to any of the enforcing government agencies, caused unprecedented chaos and protests in airports and cities nationwide - and worldwide condemnation since. 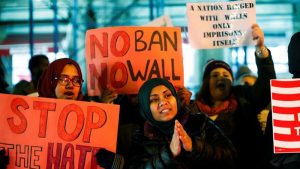 An onslaught of legal suits ensued and, on February 9th, the US Court of Appeals for the Ninth Circuit ruled the ban was unconstitutional and issued a nationwide injunction freezing its implementation.

Trump's March 6th revised order, an attempt to placate legal and political opposition, reduced the immigration ban to six countries (taking Iraq off the list), exempted green-card holders, valid visa holders and refugees with previously approved travel - but was rejected by the US Court of Appeals for the Fourth Circuit on May 25th. 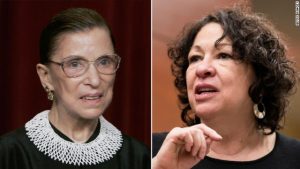 The Trump Administration appealed to the US Supreme Court which, on June 26th, issued a temporary ruling, lifting part of the lower court's injunctions, and allowing a ban on "foreign nationals who lack any bona fide relationship with a person or entity in the United States."

Pending Final
Although the Justices did not provide a reason for the December 4th decision, the Administration's appeal was based on "national security" concerns.

This week's decision, however, is not the Court's final ruling on the policy.

There are other legal challenges to the policy that are in various stages of the federal appeals process, and are expected to come before the High Court before the end of this SCOTUS session in June, 2018.

December 22, 2020 On Monday, December 21st, Congress passed the much-awaited COVID relief package, a full eight months after the last wave of emergency funding for a country that has now witnessed...

December 12, 2019 At 11:15pm ET tonight, after over fourteen hours of debate, the House Judiciary Committee unexpectedly recessed until Friday morning — without a vote on the articles of...