The Supreme Court of the United States (SCOTUS) on Monday dealt a blow to campaign finance regulation, siding with Republican Senator Ted Cruz (TX) in a case involving the use of campaign funds to reimburse candidates who lend large sums to their own campaigns.

In a 6-3 decision in Federal Election Commission v. Ted Cruz for Senate, the court ruled that a federal limit on how and when candidates can recoup personal loans to their own campaigns unconstitutionally burdens political speech under the First Amendment. 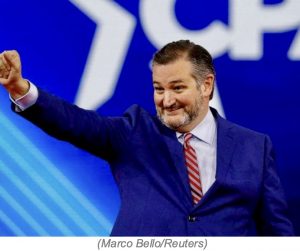 Striking down the cap means a winning candidate can accept unlimited contributions toward his or her debt after taking office, setting up a pay-for-play scenario that, campaign finance regulators at the Federal Election Commission (FEC) argued, may lead to political corruption.

Background
On April 1, 2019, Ted Cruz for Senate and Senator Ted Cruz (Plaintiffs) filed suit against the Commission alleging that section 304 of BCRA unconstitutionally infringes the First Amendment rights of the Senator, his campaign, and any individuals who might seek to make post-election contributions.

The case was filed by Cruz after his 2018 victory over Democrat Beto O’Rourke, which at the time was the most expensive Senate race in history.

A day before he was reelected in 2018, Cruz loaned his campaign committee $260,000, $10,000 over the limit, and let the 20-day deadline for repayment lapse, laying the foundation for bringing the legal challenge.

The FEC challenged Cruz' standing to bring suit, claiming that Cruz purposefully waited to recoup the loan until after the election in order to challenge section 304. 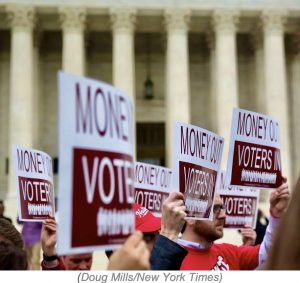 On the larger question of constitutionality, they argued that the BCRA's limitations on post-election contributions are important to avoid quid pro quo corruption or the appearance of it.

A three-judge District Court panel disagreed. Granting summary judgment for Cruz, the judges concluded that he had the right to sue because of the $10,000 financial injury, and that the BCRA finance restrictions placed a burden on political speech without adequate justification.

In July 2021, the FEC appealed the decision to the US Supreme Court, which, last Thursday, upheld the lower court ruling.

The Majority
Chief Justice John Roberts, writing for the majority, said that Section 304’s loan-repayment limitation places a burden on candidates. Specifically, by "restricting the sources of funds that campaigns may use to repay candidate loans, Section 304 increases the risk that such loans will not be repaid,” which “in turn inhibits candidates from loaning money to their campaigns in the first place, burdening core speech.” 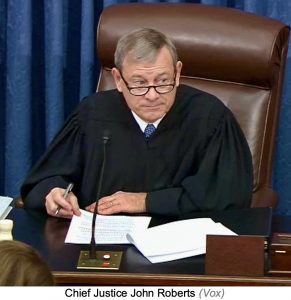 The only acceptable reason for restricting political speech, Roberts noted, is to prevent quid pro quo corruption – that is, politicians trading favors for contributions -- or the appearance thereof. But in this case, Roberts observed, the government has not pointed to “a single case of quid pro quo corruption in this context -- even though most States do not impose a limit on the use of post-election contributions to repay candidate loans.”

In essence, noted Vox's Ian Millhiser, "protecting the right of candidates to get out their campaign message -- and to spend as much as they want to get out that message -- is of such superlative importance that it trumps society’s interest in preventing corruption or in making sure that elections are not dominated by the wealthy."

As Roberts writes, "the First Amendment has its fullest and most urgent application precisely to the conduct of campaigns for political office." 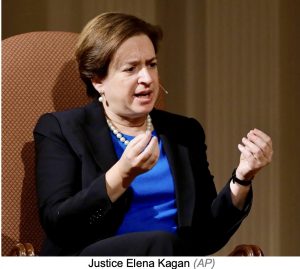 According to Kagan, post-election contributions “pose a special danger of corruption,” because at that point a candidate “has a more-than-usual interest in obtaining the money (to replenish his personal finances), and is now in a position to give something in return.” But at a minimum, she continued, even if there is no actual quid pro quo corruption, “the public will predictably perceive corruption in post-election payments directly enriching an officeholder.”

Kagan closed her 15-page dissent by warning that “[d]emocracy works only if the people have faith in those who govern,” something that is impossible when elected officials “trade official acts for financial gain.” By invalidating Section 304, she concluded, “the Court fuels non-public-serving, self-interested governance. It injures the integrity, both actual and apparent, of the political process.”

At eight days out, it comes down to boots on the ground and the scramble to make sure every vote is g

June 1. 2018 A key component of DemList’s mission is promoting the good work of the players and allies. One who has played multiple roles in shaping and advancing the progressive movement is...

May 14, 2019 It has been two weeks since US Attorney General Barr’s controversial testimony before the Senate Judiciary Committee regarding his interpretation of Special Counsel Robert...